The way Coronavirus is changing our lives is quite astonishing. It extends from economics to walking. Now when I walk in the street and, as per government orders, once daily for exercise and a rare trip to shop for food, I practise a series of strategic moves trying to make sure I keep the specified social distancing from others.

The other night when my wife and I were on our daily walk I suggested that in order  to make sure we are not near others I would follow what English footballers do.  When one of their team mates who has the ball is about to be tackled by an opposition player they say, “Man On”, to make the player aware of the danger he is facing.

The player concerned then takes evasive action to make sure he does not lose the ball. So as my wife and I walked down side streets near our home we kept saying to each other “Man On “ or “Woman On” and made sure we either crossed the road or went wide on the pavement so that we kept two metres apart.

In time when the pandemic is over we will look back on this and laugh but at the moment not being trained footballers who are so used to taking strategic positions it makes a walk quite a stressful exercise and one where there is little chance of a pleasant conversation.

The economic change is more profound and has meant that in less time than it takes to say Mrs Thatcher the Iron lady forty years of free enterprise has been junked. No country has moved so fast from a belief that a big state is bad and its intervention in business is always a disaster to where the state is effectively running the economy and directing almost every enterprise. Was it only less than three weeks ago that Rishi Sunak, the Chancellor of the exchequer, while making his Budget statement mocked John McDonell’s book on economics , Economics for the Many by saying that it was a work of fantasy?

That remark raised the only laugh of the Budget speech and suggested Sunak was not quite the intense City type that he can often come over as. Yet the economic policies he has announced since Coronavirus took hold make McDonell look like  a free enterprise advocate. These measures go far beyond anything done in the last war, or by the Labour government that came to power in 1945 and it clear that many of the ideas of the Iron Lady are now history. Big government is here to stay and the fact that it is led by the party that has always said government should be limited makes no difference. 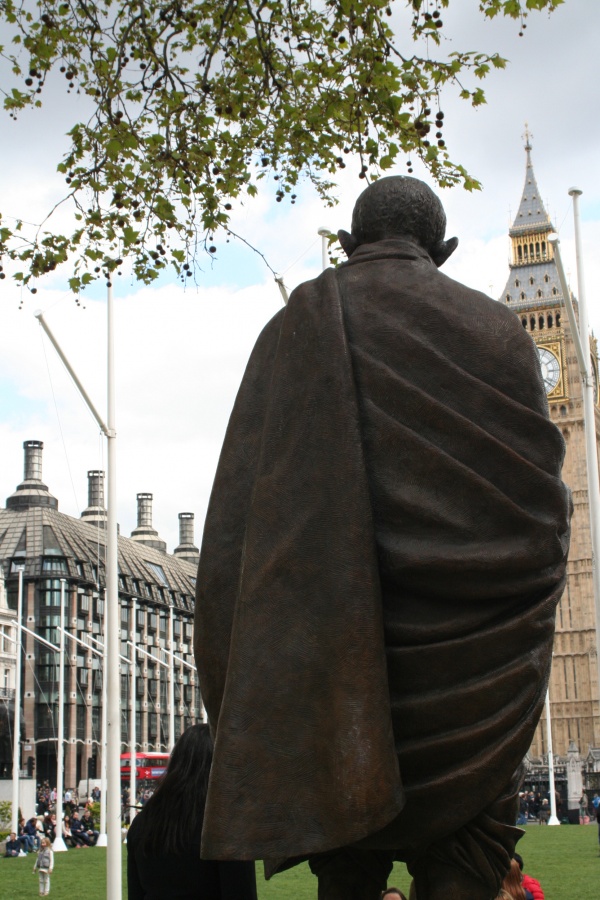 But in one respect we have not changed. This is how we see the world. We have an intense Euro centric view where what happens outside Europe, and what may be called Europe’s children in far away lands, US, Canada, Australia, New Zealand, is all that matters. The rest of the world is the great other which we occasionally notice only to turn away in exasperation convinced that they are not like us. Nothing else explains why we were so slow to react to this deadly disease.

The government should have taken note of how dangerous this virus was when it spread from China to Korea. This showed that this was not something that, having emerged in the  Huanan Seafood Wholesale Market in Wuhan, a place hardly anyone in this country had ever heard of, could be isolated there. Yet there were no reports from Korea as to how this virus had spread there. Contrast this with how the media reacted to the bush fires of Australia at the end of last year.

They were extensively reported, even at times leading the television news and making the front pages of the newspapers. BBC and other news outlets send out correspondents to report on it and the problems they were causing. We had vivid human interest stories of Australians coping it with it. Bush fires are not uncommon in Australia and while this bush fire was more devastating than anything seen recently as of 9 March of this year it had killed 34 people.

We do not know how many deaths Coronavirus will cause. And unlike the Coronavirus the Australian bush fire  was confined to Australia and even then did not cause any major disruption, for instance the Australian tennis Open still took place. I write as the Tokyo Olympics has been put back a year and there is a real prospect that we might see little sport until well into the end of the summer and this extends right down to the grass roots level. There was never any chance we would have bush fires in this country.

Nevertheless we treated the bush fires as a major emergency and the reason for that is Australia is part of the English-speaking Anglo-Saxon world which Winston Churchill was so proud off.  Korea could never be that. For us it is a remote country of which we know little and often our only interaction with it is when we want to buy a television or some other electronic product from one of its manufacturers.

The result of such a blinkered Euro centric view was that as the coronavirus swept many countries we took the attitude we had taken over Sars and Ebola. It was unthinkable it could invade our shores and the only concern was about British citizens caught up in those countries and how they could be brought home safely.  One reason why Korea and other countries in east Asia have dealt with this virus much better is because they learnt the lesson of Sars and that modern disease can spread fast from one country to another. They worked out measures to deal with such an emergency.

It was only when the coronavirus took hold of Italy that we sat up and began to worry it might hit us. But even then initially I heard much talk that it was all the fault of the Italians. There was talk that the Italian health service was not very good, certainly not as good as our NHS, and the problem was Italians do not follow rules causing problems for themselves. Even two weeks ago I heard a story of how this had all be caused by illegal Chinese immigrants in Lombardy, the main centre of the Italian pandemic emergency.

Yet now the Prime Minister never stops saying how wonderful the health service is in other countries including Italy. The illegal Chinese immigrants in Lombardy  must be keeping themselves very carefully hidden for no media outlet has reported of their existence. I suspect the story reflects the deep anti- immigrant feelings harboured by many in this country.

The result of this Euro centric world view has been that even now, despite all the measures taken,  the government gives the impression of a man who, having missed the bus, is constantly running after it in the hope he will be able to hop on it. How quickly government manages to hop on will determine how soon we will get this virus under control. But even when it is finally beaten the larger question will remain. Can we shed our blinkered Eurocentric view of the world and become truly global in our outlook. If we cannot then we will face many more such emergencies.