Ghosts of past are haunting Home Secretary Priti Patel as BBC reported that Patel’s ex-aide received payout over bullying allegations when she was a minister at DWP …. Reports Asian Lite Newsdesk 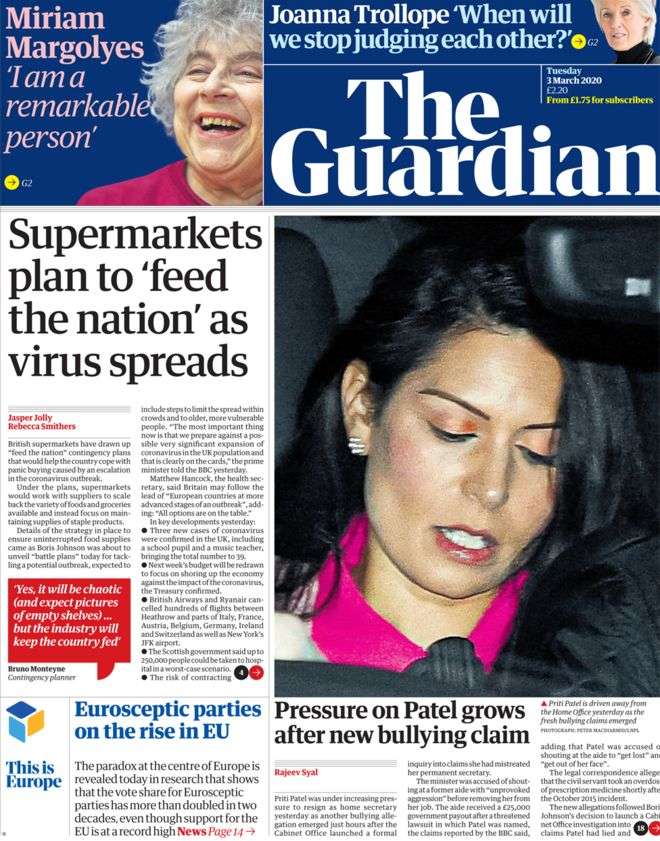 A former aide to British Home Secretary Priti Patel received a 25,000-pound ($31,927) payout from the UK government after claiming she was bullied by the then Employment Minister, a media report revealed on Tuesday.

The BBC report quotes legal correspondence as saying that the woman, a junior employee at the Department for Work and Pensions (DWP), took an overdose of prescription medicine following the alleged incident in 2015.

The employee brought a formal complaint of bullying and harassment against the Department, including Patel, after being dismissed from her role in October 2015.

The staff member’s grievance letter alleged that she had previously attempted to kill herself after reporting similar allegations of workplace bullying concerning another individual in 2014, before Patel was a Minister.

The staff member has also alleged that she was told the decision to dismiss her a year later was not made on performance grounds but because Patel did not “like (her) face”.

Shortly after, the staff member allegedly took an overdose of the prescription medication in the office and lay with her head on the desk for some time.

She was then said to have become unresponsive and her partner was called by a colleague to collect her as she was unable to walk unaided.

The woman then took a further overdose at home in what is described as an attempt to kill herself and was rushed to hospital where she spent the night in resuscitation, the BBC reported citing the legal documents as saying.

A settlement was reached in 2017 for 25,000 pounds after she threatened to bring a legal claim of bullying, harassment and discrimination on the grounds of race and disability against the Department, including Patel who is directly named.

This revelation comes as Patel is facing allegations – which she denies – that she mistreated staff in her current role as Home Secretary.

He said he now intended to take legal action against the Home Office on the basis of constructive dismissal, alleging that he had been forced out of his job, the BBC reported.

The government said on Monday that the Cabinet Office would investigate whether Patel has breached the ministerial code and to “establish the facts”.