Mayor Sadiq Khan said he had set up a commission to review the capital’s landmarks to ensure they reflect its diversity. It comes after anti-racism protesters tore down a statue of slave trader Edward Colston in Bristol on Sunday.

Petitions have also been launched to remove statues of controversial people around London, such as one of Robert Milligan in West India Quays. In Oxford, 26 councillors and an MP have called for a statue of imperialist Cecil Rhodes to be removed from Oriel College at Oxford.

The Commission for Diversity in the Public Realm will review the city’s landmarks – including murals, street art, street names, statues and other memorials – and consider which legacies should be celebrated before making recommendations.

Mr Khan said London was “one of the most diverse cities in the world”, but said recent Black Lives Matter protests had highlighted that the city’s statues, plaques and street names largely reflect Victorian Britain.

“It is an uncomfortable truth that our nation and city owes a large part of its wealth to its role in the slave trade,” he said.

“While this is reflected in our public realm, the contribution of many of our communities to life in our capital has been wilfully ignored.”

During a Black Lives Matter protest in central London on Sunday, a statue of Sir Winston Churchill in Parliament Square was sprayed with graffiti.

But Mr Khan said he did not consider statues of the likes of Churchill to be included in the review.

He said pupils needed to be educated about famous figures “warts and all” and that “nobody was perfect”, including the likes of Churchill, Gandhi and Malcolm X.

Mr Khan told BBC Radio 4’s Today programme he did not have ownership of the statues and the land they are on. 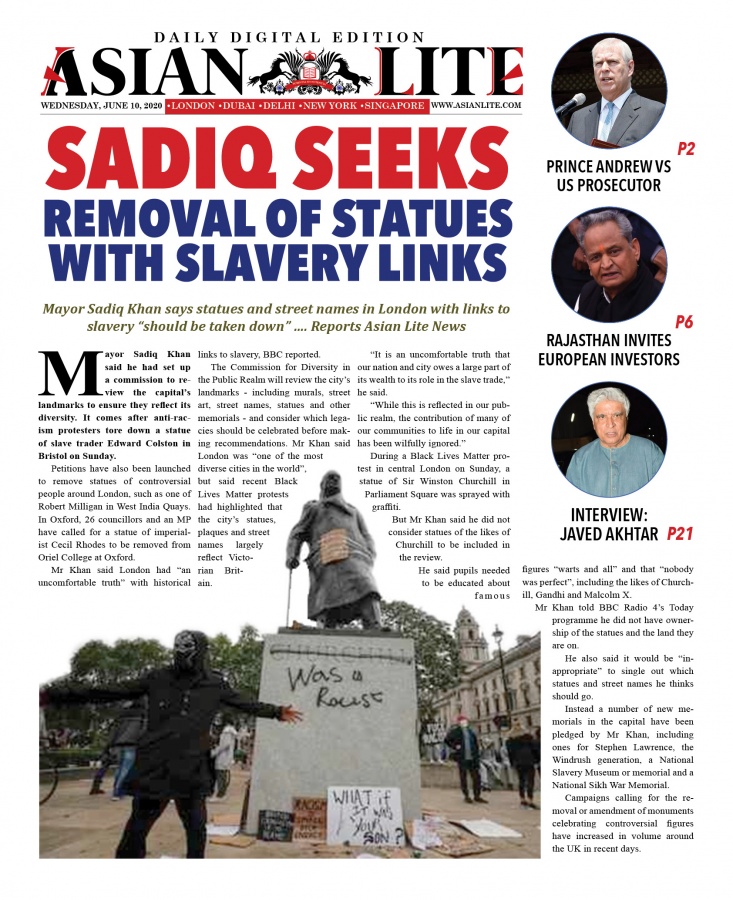 He also said it would be “inappropriate” to single out which statues and street names he thinks should go.

Instead a number of new memorials in the capital have been pledged by Mr Khan, including ones for Stephen Lawrence, the Windrush generation, a National Slavery Museum or memorial and a National Sikh War Memorial.

Campaigns calling for the removal or amendment of monuments celebrating controversial figures have increased in volume around the UK in recent days.