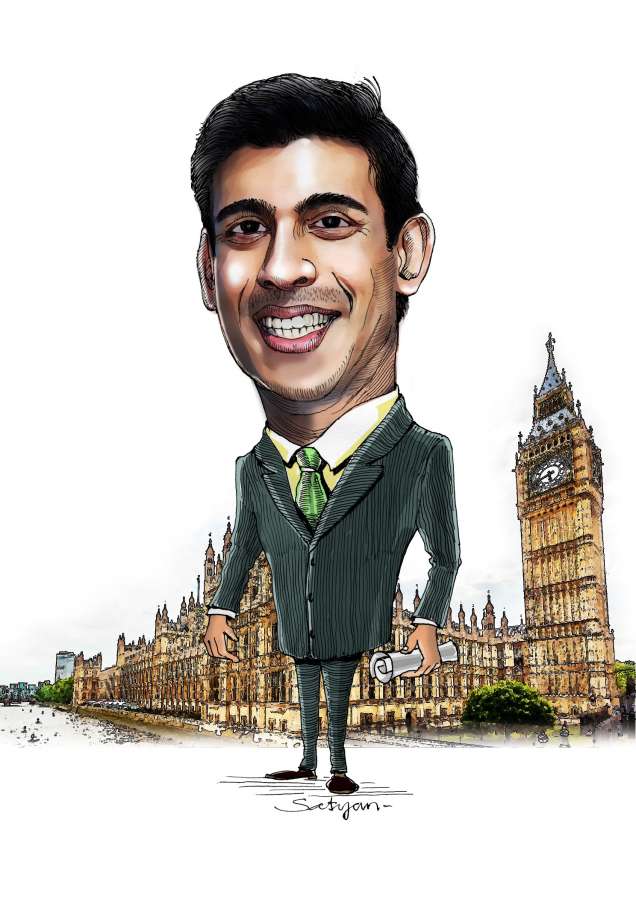 Rishi Sunak, the UK’s Indian-origin Chancellor, has been working on bailout plans for businesses hit by the coronavirus pandemic.

Sunak, who had just unveiled his budget less than a week ago, is set to talk with Prime Minister Boris Johnson on the economic shocks caused by the virus, newspapers reported.

He will discuss “more help” for sectors including pubs, theatres, clubs and cinemas as they cope with the outbreak, the newspaper added in the report.

Cases of the coronavirus across the UK have now risen to 1,543, with 55 deaths; but there was likely to be many more as tests are being carried out on patients in hospital.

Addressing the nation on Monday, Johnson advised Britons to avoid pubs and clubs in a bid to control the spread of the virus.

The novel coronavirus pandemic will kill some 250,000 people in the UK unless more draconian measures were adopted by the government, including putting the whole country under lockdown, scientists have warned.

The Imperial College COVID-19 response team, which has been advising ministers, said that even with the “social distancing” plans set out by the government, the health system will be “overwhelmed many times over”, the Metro newspaper reported.

In its latest report, the team said such measures would need to be maintained potentially for 18 months or more until an effective vaccine became available.

The report warned that even with such a dramatic closing down of normal life, the capacity of health systems in the UK was likely to be “exceeded many times over”.

“Even if all patients were able to be treated, we predict there would still be in the order of 250,000 deaths in Great Britain.”

The report said there was no alternative but to move to a policy of total “suppression” involving the social distancing of the entire population, home isolation of cases and household quarantine of family members.

Even then, it said it was “not at all certain” that the strategy would succeed in the long term.

“The social and economic effects of the measures which are needed to achieve this policy goal will be profound,” the Metro said.

The UKs pub industry will be lost within days without an “immediate and decisive” government action amid the coronavirus pandemic, an association has warned.

In a letter to Prime Minister Boris Johnson, the British Beer and Pub Association on Monday called on his government to take urgent action to prevent mass job losses and permanent pub closures, the Metro newspaper reported on Tuesday.

The letter comes after the government issued a new advisory for the people to avoid pubs, clubs and theatres in a bid to halt the spread of coronavirus.

“The UK pub and brewing industry is tonight facing an existential crisis as a direct result of the guidance issued by the government today. Thousands of pubs and hundreds of thousands of jobs will be lost in the very short term unless a proactive package creating cash and liquidity is provided immediately to the industry,” the Association’s chief executive Emma McClarkin said in the letter.

“Forced pub closures without a meaningful support package will have a catastrophic financial and social impact.

“I cannot emphasise strongly enough how critical it is that action is taken now. Failure to do so will destroy the industry.”

In another development, Caroline Norbury, chief executive of the Creative Industries Federation, called the advisory a “crippling blow.”

UK Hospitality CEO Kate Nicholls said that the new measures left the industry in “limbo with no recourse to insurance”.