In their letter to Johnson, the cross-party group comprising Jeremy Hunt, David Miliband,  Jack Straw, William Hague, Malcolm Rifkind, David Owen and Margaret Beckett, said that the UK government must be seen to lead the international response, as many countries take their cue from Britain over its former colony, the BBC reported.

All the former Secretaries expressed their concern at what they call China’s “flagrant breach” of Sino-British agreements by imposing tough national security laws on Hong Kong.

They urged Johnson to set up an “international contact group” of allies to coordinate any joint action, similar to that set up in 1994 to try to end the conflict in the former Yugoslavia.

“As former foreign secretaries, we write to raise our concern about the deteriorating situation in Hong Kong, which has been exacerbated by the announcement that the Chinese Communist Party plans to unilaterally impose national security legislation on Hong Kong,” they wrote.

“When it comes to Hong Kong’s autonomy under the ‘one country, two systems’ model, many of our international partners take their cue from the British government. I’m sure you would agree, as a co-signatory of the Sino-British joint declaration the UK must be seen to be leading and coordinating the international response to this crisis.

“Despite claims by the Chinese foreign ministry to the contrary, we believe the UK continues to have a moral and legal obligation to the people of Hong Kong. As events in Hong Kong develop over the weeks ahead, we hope you personally will recognise the pronounced need for international leadership from the UK government on this matter and act accordingly.”

On Sunday, Dominic Raab, the foreign secretary, confirmed the UK will “provide a path to citizenship” for people in Hong Kong who hold BNO passports by giving them the right to apply to study and work for extendable 12-month period.

“We, as part of the handover, the package of measures that were put together with the joint declaration back in 1984, we agreed this BNO passport holder status,” Mr Raab told the BBC.

“What we are saying now is, if China follows through with this national security legislation – which, very clearly, violates, not just the autonomy that is guaranteed under Chinese law, that the Chinese agreed under the joint declaration as a matter of international law to uphold – it also undermines the freedoms that were also protected in the same way.”

“If it sees to follow through on this legislation we will give those people who hold BNO passports the right to come to the UK, we will lift that six-month restriction, we will allow them to come to the UK to live, to apply to study and work for extendable 12-month periods and that will provide a path to citizenship,” he added.

In response to the letter from former foreign secretaries, a Downing Street spokesman insisted the government was already playing a leading role with international partners in urging China to think again.

China is facing mounting criticism over a planned security law for Hong Kong which would make it a crime to undermine Beijing’s authority.

Hong Kong was handed back to China from British control in 1997 but under a unique agreement. The former British colony enjoys some freedoms not seen in mainland China – and these are set out in a mini-constitution called the Basic Law. But there are fears the proposed law, which has sparked a mass of anti-mainland protests in Hong Kong, could compromise some of the freedoms guaranteed by the Basic Law. 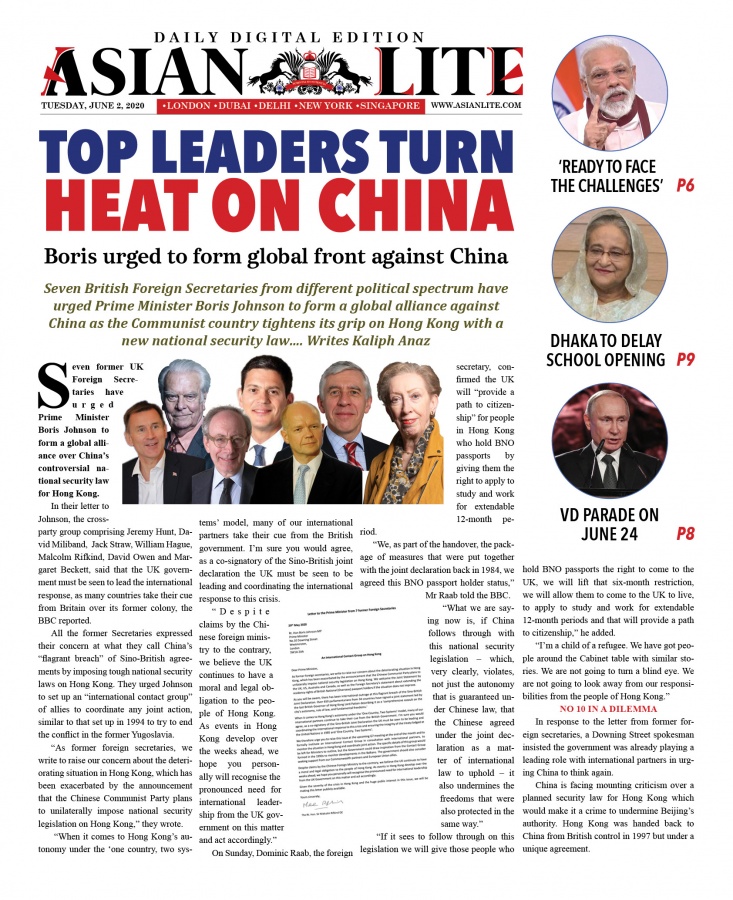