The UK could offer British National (Overseas) passport holders in Hong Kong a path to UK citizenship if China does not suspend plans for the national security law in the city, Foreign Secretary Dominic Raab said.

There are 300,000 BNO passport holders in Hong Kong and have the right to visit the UK for up to six months without a visa, reports the BBC.

The BNO passports were issued to people in Hong Kong by the UK before the transfer of the territory to Chinese sovereignty in 1997.

Announcing the possible change in policy, Raab said the six-month limit on stays in the UK for BNO holders would be scrapped.

“If China continues down this path and implements this national security legislation, we will remove that six month limit and allow those BNO passport holders to come to the UK and to apply to work and study for extendable periods of 12 months and that will itself provide a pathway to future citizenship,” he said.

Raab’s statement came after China’s top legislature, the National People’s Congress, on Thursday approved a resolution prohibiting acts of secession, subversion, terrorism or conspiracy with foreign influences in the city, before sending it to the Standing Committee to craft the finer details.

The UK, US, Australia and Canada have also issued joint condemnation of Beijing’s plan.

The four nations said imposing the security law would undermine the “one country, two systems” framework agreed before Hong Kong was handed over from British to Chinese rule in 1997. It guaranteed Hong Kong some autonomy and afforded rights and freedoms that do not exist in mainland China, the countries added.

Shadow Foreign Secretary Lisa Nandy earlier said the UK had to be more robust with Beijing.

Referring to the security law, she told the BBC: “This is the latest in a series of attempts by China to start to erode the joint declaration which Britain co-signed with the Chinese government when we handed over Hong Kong, and protected its special status.

“We want to see the UK government really step up now,” she said.

Former Foreign Secretary Jeremy Hunt told the BBC that the UK should bring together a coalition of countries to avoid a tragedy in the territory.

“We have been very clear that the security legislation risks undermining the principle of one country, two systems.”

On Wednesday, US Secretary of State Mike Pompeo said developments in Hong Kong meant it could no longer be considered to have “a high degree of autonomy” from mainland China. 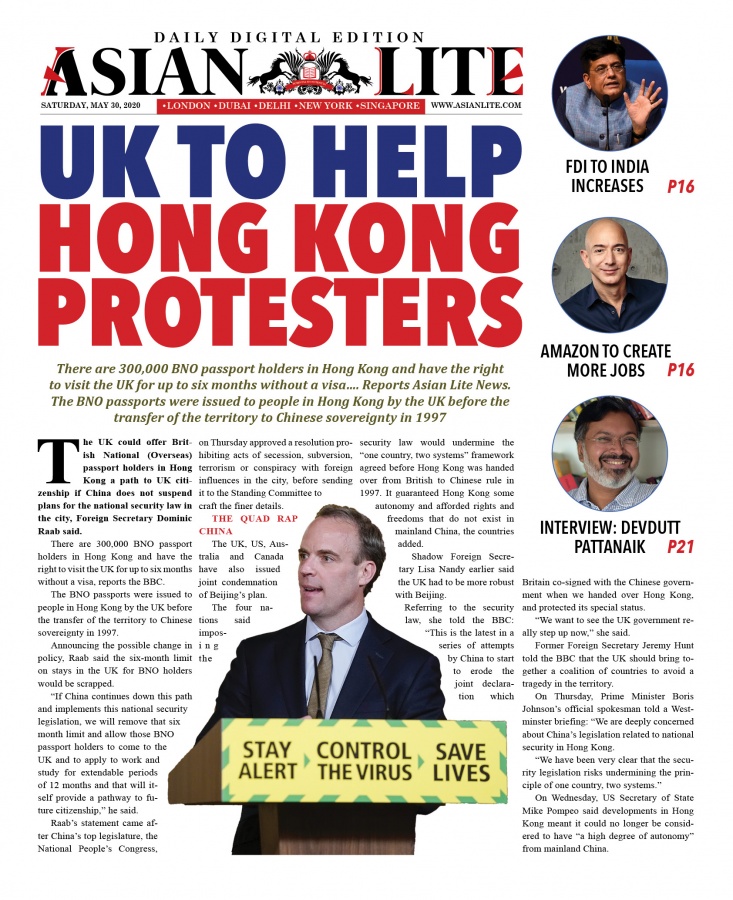