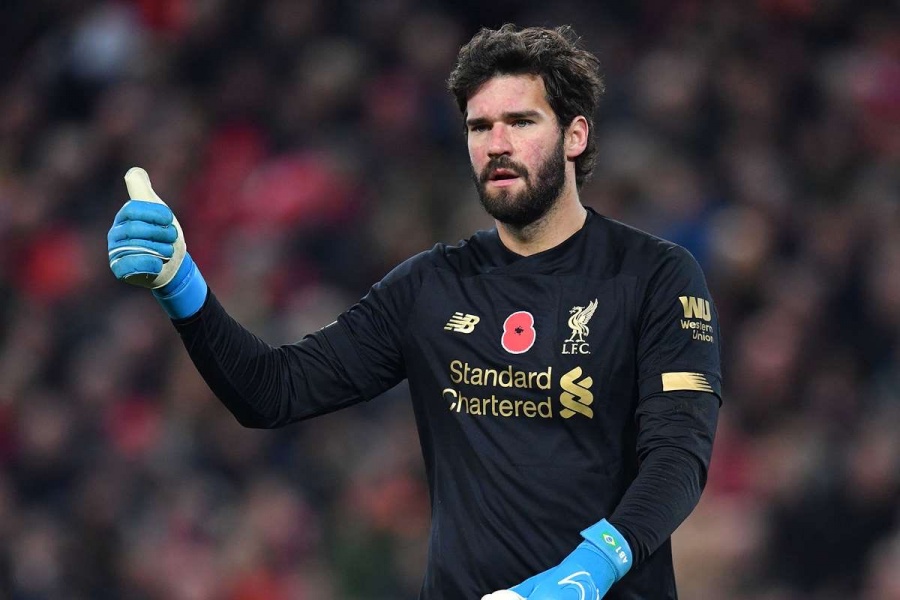 Liverpool goalkeeper Alisson Becker has lavished praise on manager Jurgen Klopp for guiding the club to the Premier League title. The Reds won their first league crown in 30 years back in June. The Brazilian said this was one of his most exhausting seasons.

“This was one of the most exhausting seasons I’ve ever had. I don’t know if it was due to the pandemic, the longer season… It was also one of the seasons I played less games because of injuries,” he told ESPN Brasil.

“We got out of the Champions League early, but I think this exhaustion comes from just giving everything we have every time. Klopp has a great portion of that, just telling us what the main objective is. We also care about how we are going to get to that objective – training, just how he manages our training sessions. He trusts us to do what he wants us to do, on not only training sessions, but also a day-to-day basis.

“He is a passionate guy and he shows that. He wants to win and make Liverpool an even greater club,” Alisson said on the television program Bola da Vez.

Alisson added the secret to their success was the understanding among the players on the pitch.

“Our group is certainly very strong. Each player has so much quality individually, and we have at least four players always at the top, the best in the world in their positions, and that makes it a special team. But what really makes a difference is the way we play together,” he said.

“We think as one, we all have the same objective, and that is doing everything we can to get those goals, laying it all out mentally and physically.”