The US Secretary of State Mike Pompeo has said the United Kingdom is “at the front of the line” for a trade deal with Washington on the eve of Brexit.

The head of US diplomacy visited London to strengthen ties between the countries, one day before the UK began negotiating its future trade relationship with the European Union, media reported.

US President Donald Trump has spoken in favour of Brexit since he came to the White House, unlike his predecessor Barack Obama, who on a visit to the UK shortly before the 2016 referendum warned London would be “at the end of the line” for a trade agreement with the US if it left the EU.

Pompeo said he travelled to the UK to start the dialogue on an agreement as soon as possible.

“This is a historic relationship between our two countriesï¿½ it’s been fantastic and I mean that.”

He would not set a specific calendar to reach an agreement, although he said that Washington was committed to working as fast as possible in that direction.

As of 1 February, the UK will be a state outside the EU and will have free access to negotiate trade agreements with third countries, while trying to forge a relationship with the 27 member states of the bloc.

Raab said at the event with Pompeo on Thursday: “We need to bring the country together, we need to bring other countries together but having the US say look it’s all fine by us and do you know what there’s a great opportunity for a free trade deal, it’s great.”

A spokesman for the prime minister said they addressed the opportunities that will be open to the country after its exit from the EU, including a free trade agreement with the US.

The Bank of England on Thursday lowered its forecast for growth of the UK economy in 2020 from 1.2 per cent to 0.8 per cent due to the uncertainty generated by the negotiation of a new trade deal with the EU after Brexit.

The UK will formally leave the EU at 11pm on Friday, more than three years after the British public narrowly voted in favour of the divorce.

Brussels wanted a sober goodbye and will simply remove British flags from the buildings of its institutions.

The day will be marked differently around the UK, including an illuminated countdown clock on the bricks of Downing Street followed by a light show.

Whitehall government buildings will be lit up red, white and blue, while Pall Mall and Parliament Square in London will be dressed in British flags.

Pro-Brexit party Leave Means Leave, backed by Eurosceptic politician Nigel Farage, will hold a public party in London that is expected to be attended by around 10,000 people.

A new 50p coin will be released into circulation which will include the message “Peace, prosperity and friendship with all nations”.

Johnson was also due to give a televised speech addressing the nation.

No festivities were expected in Scotland and Northern Ireland, where citizens mainly voted to remain in the EU. 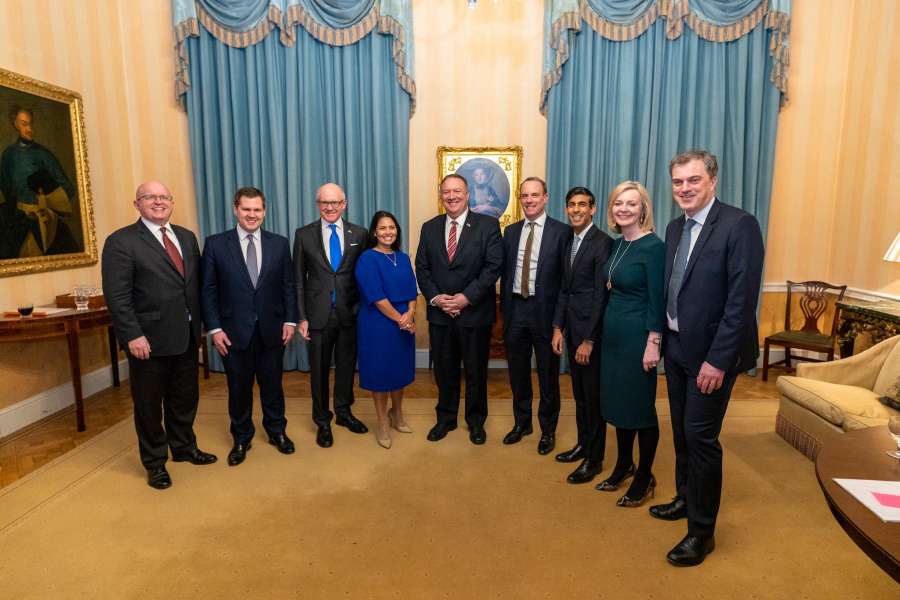