Although IOC president Thomas Bach said a decision on when the Games take place would be made “within the next four weeks,” he added that cancelling the Tokyo Games was “not on the agenda,” suggesting nevertheless that it was a potential option…reports Asian Lite News 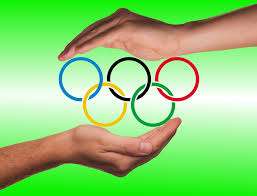 The International Olympic Committee has said that postponing the 2020 Tokyo Olympics is one option amid the worldwide coronavirus pandemic, although it added that cancelling the Games altogether is “not on the agenda.”

Strong pressure has been brought to bear on the IOC by numerous athletic organizations, sporting federations and athletes around the world to postpone the Games — scheduled from July 24 to August 9.

The World Health Organization announced Sunday that, according to its latest figures, a total of 294,110 cases of COVID-19 have been detected worldwide, and 12,944 people have died.

IOC president Thomas Bach said that a decision on when to hold the Games would be made “within the next four weeks”, reports Efe news.

Following the Olympic Games, the Paralympic Games are scheduled to be held in the Japanese capital from August 25 to September 9, yet clearly they may be postponed if the Olympics themselves are set back.

Although Bach said a decision on when the Games take place would be made “within the next four weeks,” he added that cancelling the Tokyo Games was “not on the agenda,” suggesting nevertheless that it was a potential option.

“Human lives take precedence over everything, including the staging of the Games … We have, as indicated before, been thinking in different scenarios and are adapting them almost day by day,” Bach wrote to athletes around the world in an open letter.

Meanwhile, Andre Giraud, the head of the French athletics federation, said postponement of the Games was inevitable.

“Everyone agrees that the Games cannot be held on the dates planned,” he said, adding that “If the crisis is contained by the end of May, we can envisage a postponement of the Games to the autumn. But Plan C would be a six-month or one-year postponement.”

Meanwhile, World Athletics – formerly known as the International Amateur Athletic Federation and International Association of Athletics Federations and the world body governing the sport of athletics – said Sunday that it is ready to work with the IOC to find an alternative time period in which to hold the 2020 Tokyo Games.

World Athletics issued a statement to that effect after the IOC announced that it would take four weeks to decide on what to do about the Games in light of the coronavirus pandemic.

Japanese Prime Minister Shinzo Abe told the Parliament on Monday that the Tokyo Olympic Games could be postponed due to the global spread of coronavirus.

It is the first time for the Prime Minister to announce that the Games, which currently was scheduled on July 24, might be put off under mounting pressure from sports organisations around the world, reports Xinhua news agency.

“If it is difficult to hold the games in such a way, we have to decide to postpone it, giving top priority to (the health of the) athletes,” Abe said.

But Abe stressed that the Games will by no means be cancelled. “Cancellation is not an option,” Abe said.

IOC president Thomas Bach, in an open letter to athletes, on Sunday that the IOC will “start detailed discussions” with the Tokyo 2020 and Japanese government to “complete its assessment of the rapid development of the worldwide health situation and its impact on the Olympic Games, including the scenario of postponement.”

“The IOC is confident that it will have finalised these discussions within the next four weeks,” Bach said. He emphasised that “cancellation is not on the agenda”.

India to wait for 1 month

The Indian Olympic Association (IOA) has made it clear it will wait for at least a month before making any call on countrys participation in the Tokyo Olympic Games which are in doubt amid the ongoing coronavirus pandemic.

“We will have to wait for at least a month before taking any decision regarding sending our athletes to Tokyo for the Olympic Games. Right now, we are closely monitoring the situation with the International Olympic Committee and thus, it would not be right to make any statement now,” IOA General Secretary Rajeev Mehta said.

“We have to wait for a month and then we can make a decision in consultation with the IOC and our sports ministry as well,” he added.

This response from the IOA comes after Canada announced that they will not send their athletes to the 2020 Tokyo Olympic and Paralympic Games due to the COVID-19 which has claimed over 14,000 lives across the world.

Canada, Australia not to participate

In a statement, the Canadian Olympic Committee said on Sunday night it will not send teams to Tokyo unless the Games, which are scheduled to be held from July 24 to August 9, are postponed by a year.

Meanwhile, the Australian Olympic Committee (AOC) on Monday said that they could not assemble a team for the Tokyo 2020 amid the ongoing coronavirus pandemic and thus their athletes should prepare for Olympic Games which look all set to be played in the summer of 2021.

In a media statement after holding an executive board meeting via teleconference, AOC said that it was “unanimously agreed that an Australian team could not be assembled in the changing circumstances at home and abroad.”

“The AOC says Australian athletes should prepare for a Tokyo Olympic Games in the northern summer of 2021, following the IOC’s announcement of a potential postponement of this year’s Games and changes in public health landscape in Australia and across the globe.”