Tributes have been pouring in from around the world, with past and present US leaders, NBA greats, and people from all walks of life paying their respects and expressing shock at the accident. Meanwhile, US investigators are working to determine the causes of the helicopter crash that killed basketball star Kobe Bryant in California on Sunday…reports Asian Lite News

NBA star Lebron James has penned down a heartfelt tribute to basketball legend Kobe Bryant who lost his life in a helicopter crash, leaving the sports fraternity in shock.

James, who was seen tearing up and hugging multiple people after the Lakers landed in Los Angeles on Sunday having just learned of the news of Bryant’s death, said on Tuesday he is “not ready” to say goodbye to the 41-year-old.

“I’m not ready but here I go,” James wrote in his first comments since Bryant, his 13-year-old daughter, Gianna, and seven others were killed in a Southern California helicopter crash on Sunday. “Man, I sitting here trying to write something for this post but every time I try I begin crying again just thinking about you, niece Gigi and the friendship/bond/brotherhood we had!”

“Didn’t think for one bit in a million years that would be the last conversation we’d have.” James wrote of the call. “I’m heartbroken and devastated my brother!!(four crying face emojis and a broken heart). Man I love you big bro.” 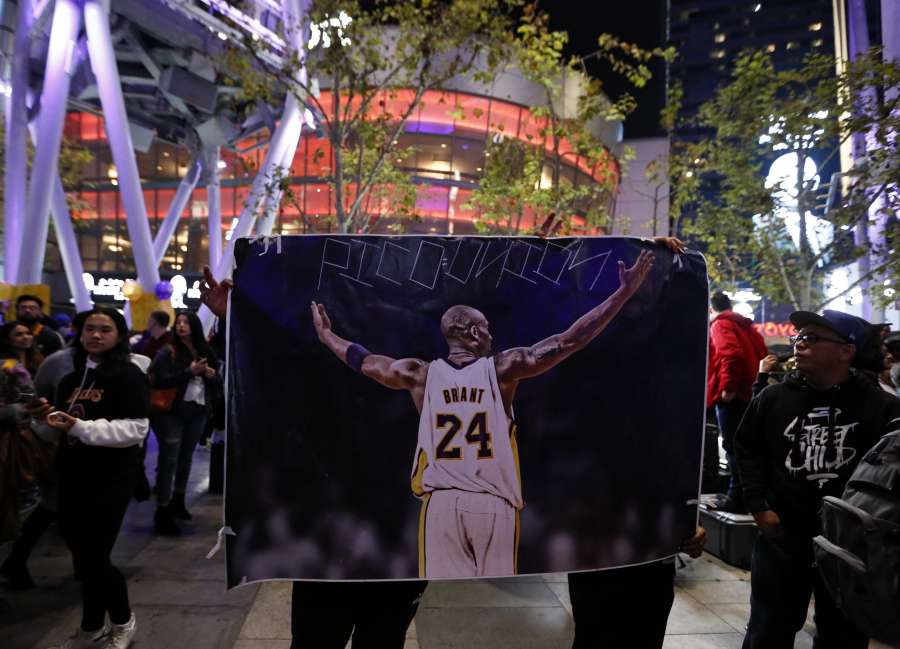 James then mentioned Bryant’s family and wife, writing his “heart goes to Vanessa and the kids” before making a vow to his close friend.

“I’ll continue your legacy man!” he wrote. “You mean so much to us all here especially #LakersNation (purple and gold hearts) and it’s my responsibility to put this s-t on my back and keep it going!! Please give me the strength from the heavens above and watch over me! I got US here!”

“There’s so much more I want to say but just can’t right now because I can’t get through it! Until we meet again my brother,” he added.

Tributes have been pouring in from around the world, with past and present US leaders, NBA greats, and people from all walks of life paying their respects and expressing shock at the accident.

Meanwhile, the US federal and local investigators on Monday began probing the cause of the crash. Thick fog at the time of the accident outside downtown Los Angeles is the main focus of the investigation, according to authorities, who said their final conclusions will be released in the coming months.

The Los Angeles Lakers and the LA Clippers basketball game scheduled for Tuesday at the Staples Centre has been postponed after the death of Bryant.

“The decision was made out of respect for the Lakers organisation, which is deeply grieving the tragic loss of Lakers legend Kobe Bryant, his daughter Gianna and seven other people in a helicopter crash on Sunday,” the National Basketball Association said in a statement.

The Lakers confirmed the postponement, adding in a statement that “this is a very difficult time for all of us. We continue to support the Bryant family and will share more information as it is available.”