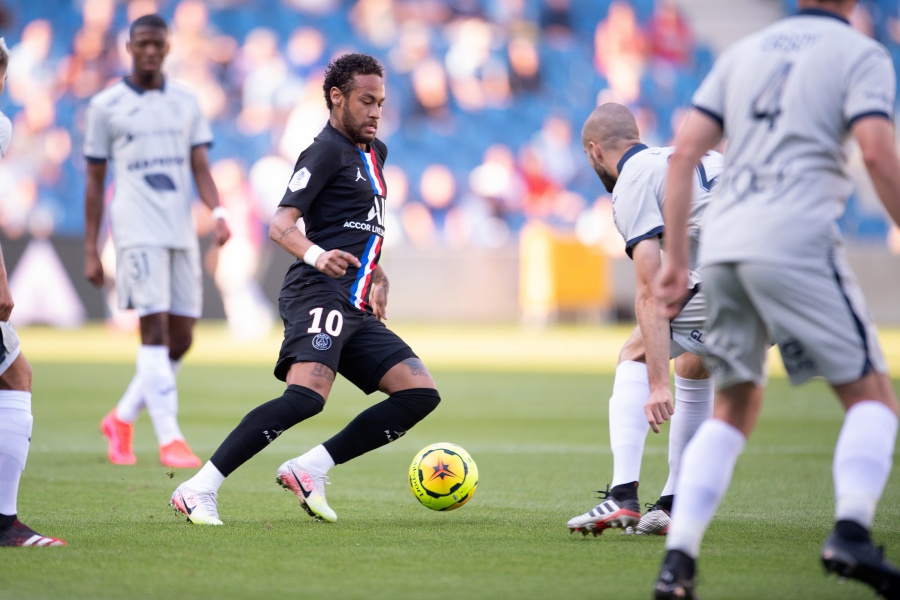 Paris St. Germain forward Neymar issued a warning ahead of the return of UEFA Champions League as the Brazilian claimed he is currently in his best form since joining the Ligue 1 side from Barcelona in 2017.

Neymar’s stint in Paris has been marred with injuries and controversies since his 200 million pound deal. Speculations around his future at the club hasn’t helped his cause either as he has been linked with a move back to Camp Nou for a while now.

But with Barcelona President Josep Maria Bartomeu saying the climate is not right to spend multi-million pounds on Neymar, it seems the Brazilian is looking to mend relationship with his current employers and fans.

“During these three years I have acquired a lot of knowledge,” Neymar told PSG’s official website. “I have lived through happy moments and difficult ones, especially when the injuries didn’t allow me to play.

“With the help of my teammates, I was able to overcome them and focus on what really matters, our performances on the field which translate into titles,” he added.

Neymar also said his and the club’s goal is to end their Champions League drought. They face Italian side Atalanta in the quarter-finals and are touted as one of the teams to win the competition this season.

“Our fans, the club and all fans can see the fight of our team in any game. I am in my best form since I arrived in Paris, the team is like a family,” he said.

“We want to win the Champions League title. We will fight because we have never been so close.”

UEFA had earlier announced that remaining second leg Round of 16 matches will be played in Turin, Manchester, Munich and Barcelona respectively on August 7 and 8.