Drawing inspiration from these words, while acknowledging the somewhat self-involved generalisation embedded in them, we have been trying to assess a tentative macro framework that may apply on a more steady state basis once this growth dip and the subsequent recouping (whatever alphabet shape it takes) is behind us. This line of thought draws from what is by now an obvious observation that Covid is unlikely to be a one-time, limited period shock. Apart from the human aspect that will never be compensated, there are economic reasons as well to believe that the post Covid shape of the world may have changed for some time to come.

For one, till a vaccine or a sustainable cure is found, the ‘new normal’, whenever we are able to attain it, will still entail quite a few industries and services (travel, tourism, leisure, hospitality, etc.) operating at much less than full capacity. More long term, the trend of de-globalisation in play since the Global Financial Crisis (GFC) but accentuated dramatically with events like the US-China trade war, will get further legs with consequent impact on world trade and individual country growth rates.

With greater “zombification” of the world as leverage goes up and incremental efficiency of capital further depletes, potential growth rates will fall further across the world. Finally, Covid will likely bring a second wave of global inequality which was in play since the GFC. As central banks dramatically ease financial conditions, asset owners prosper while interest-earning savers suffer. Also, asset market recovery much precedes gains in the real economy, especially for the more susceptible parts of the population.

With the benefit of hindsight, an economic response design to the Covid shock would have had to take the following two parameters into account: 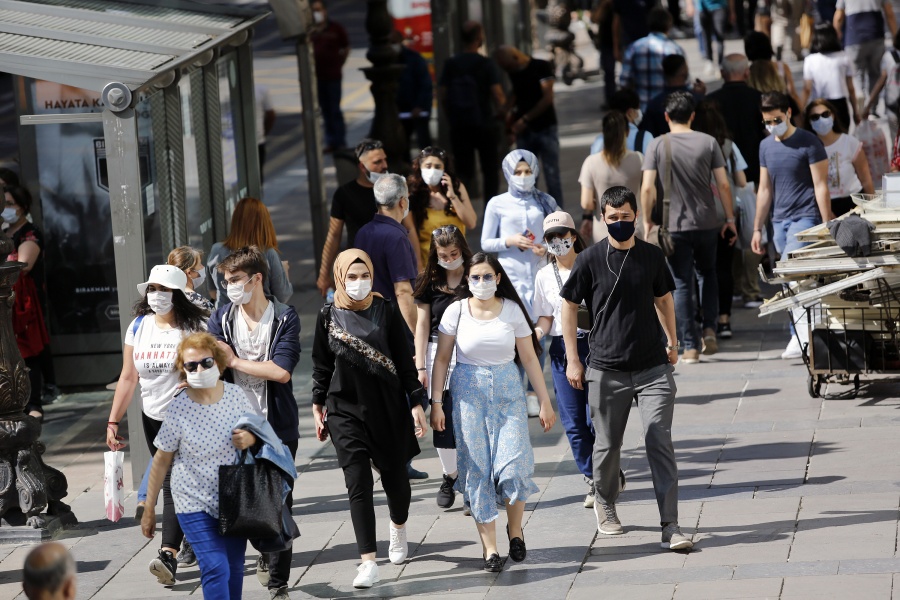 When the above framework is applied to India, one can readily see that we had obvious constraints when crafting a response function to Covid. Thus India’s growth had been steadily slowing in the years before this crisis. Even as, worryingly, potential growth would also have fallen it can still be argued that at five per cent (initial FY20 growth) we were growing much below our potential. Further, our public deficit was already bloated thus limiting space available to respond even as monetary policy had much more flexibility and is being used thus today. Finally, the banking system was running high levels of stress on aggregate even as some non-bank finance companies were struggling since 2018.

It is clear from the above, that India entered the crisis with a lesser affordability on losing growth and with a higher risk that some of this loss may turn more permanent in nature. Drawing from this, a steady base case for the time ahead seems to involve lower level of potential growth rates and a longer period of substantially higher public debt to GDP. For an emerging market, that doesn’t have the luxury of printing one of the reserve currencies of the world, there are certain binding conditions in our view to be able to run this for an extended period of time without courting financing risks. These are as follows: 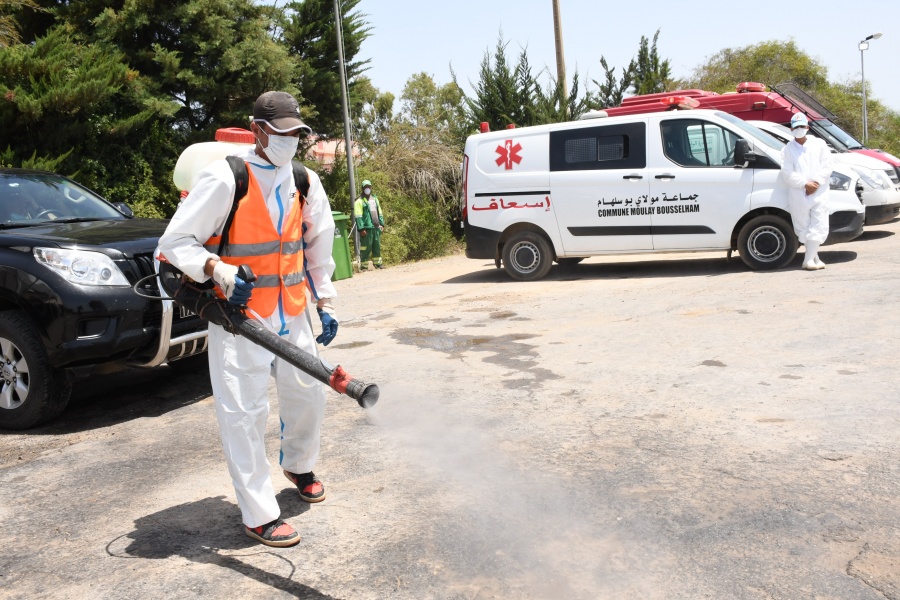 The above constraints help quantify the imperatives for public policy in a higher debt to GDP regime: 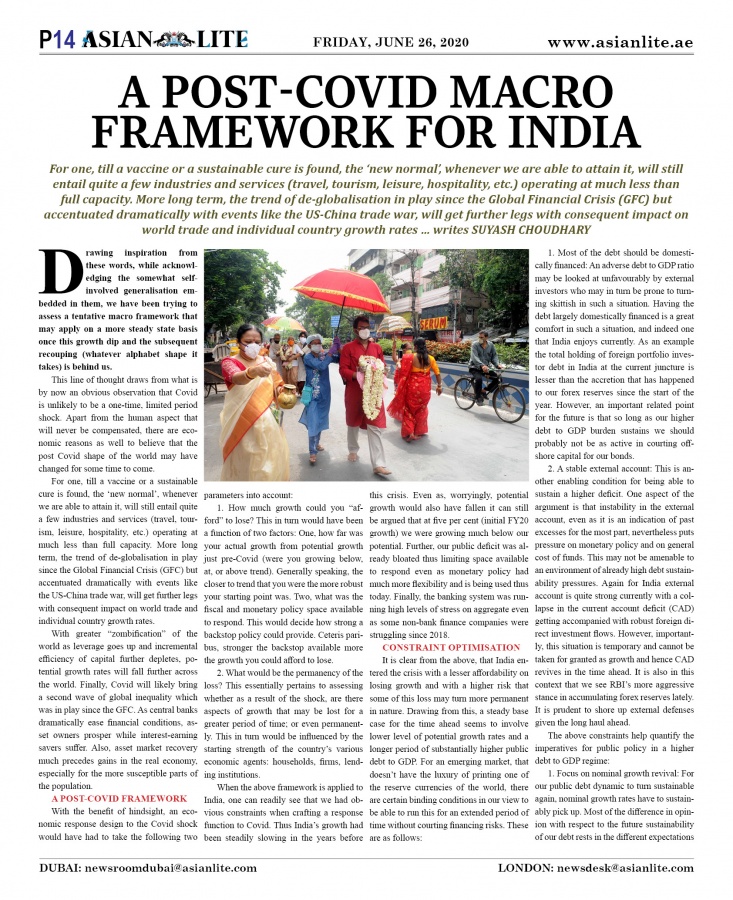 On first glance the two objectives of public policy mentioned above seem mutually conflicting. However, in our view, they also best describe the constraint on public policy and the direction it must take. It is clear that given our starting fragilities and the size of this shock, the next few years are likely to be critical and almost “make or break” for India. Public policy will accordingly need to show somewhat of a reset rather an incremental tweaks. Some of the asks from policy are as follows: 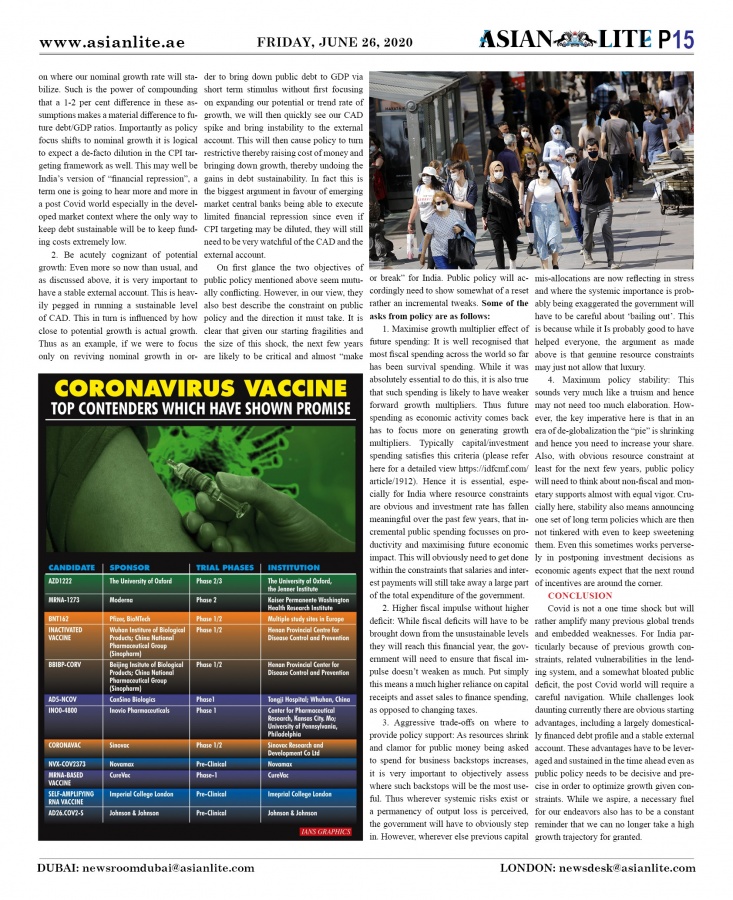 Covid is not a one time shock but will rather amplify many previous global trends and embedded weaknesses. For India particularly because of previous growth constraints, related vulnerabilities in the lending system, and a somewhat bloated public deficit, the post Covid world will require a careful navigation. While challenges look daunting currently there are obvious starting advantages, including a largely domestically financed debt profile and a stable external account. These advantages have to be leveraged and sustained in the time ahead even as public policy needs to be decisive and precise in order to optimize growth given constraints. While we aspire, a necessary fuel for our endeavors also has to be a constant reminder that we can no longer take a high growth trajectory for granted.