The fire has burned through about 10,000 hectares of land and was heading towards Canberra city at a rate of 400 hectares per hour…reports Asian Lite News 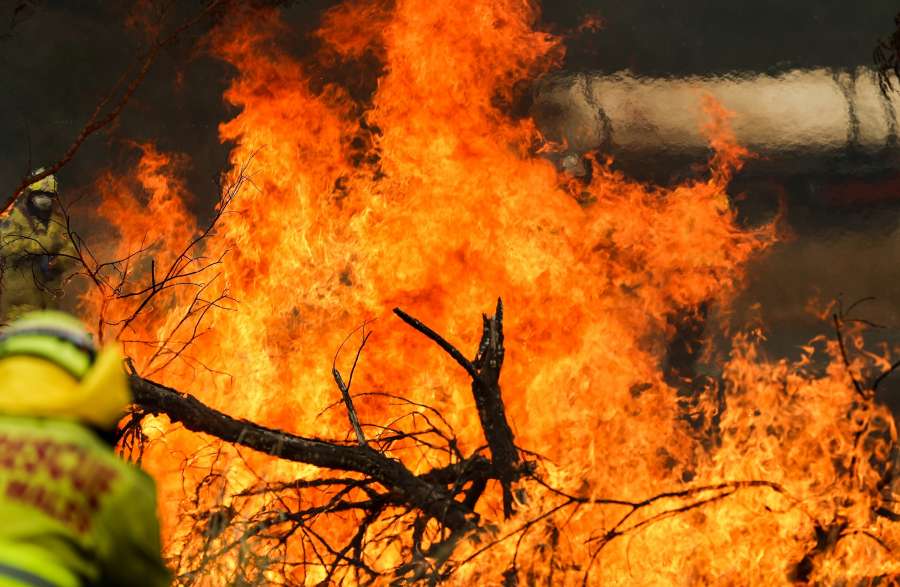 Australia’s capital city of Canberra is facing its most significant bushfire threat since 2003, authorities said on Wednesday.

The fire in the Namadgi National Park south of Canberra, which was started by a defence helicopter, was on Tuesday night downgraded to a “watch and act” level but was expected to continue to burn for weeks, media reported.

Andrew Barr, the Chief Minister of the Australian Capital Territory (ACT), said on Tuesday that the fire posed the biggest risk to Canberra of any fire since the fires in 2003, which killed four people.

The fire has burned through about 10,000 hectares of land and was heading towards Canberra city at a rate of 400 hectares per hour.

Matthew Shonk, an incident controller from the ACT Emergency Services Agency, said on Wednesday said that the threat has been downgraded in the short-term but the forecast temperatures exceeding 40 degrees Celsius on Friday and Saturday were “worrying”.

“We can’t sugar coat that in any way,” he told the Australian Broadcasting Corporation.

“The conditions that we saw yesterday could well pop up again. There are challenging times coming up, we’re not going to get this fire out today and not tomorrow, this is a campaign fire and we’ll be working for some time.”

On Tuesday, the Department of Defence confirmed that the fire was likely started by heat generated by landing lights on one if its helicopters.

“It is deeply regrettable that our support operations have likely started this fire,” the Australian Defence Force (ADF) said in a statement.

“Defence has taken immediate action to reduce the risk of fires being started by helicopters, including not using certain aircraft lighting in extreme weather conditions.”

Since September 2019, Australia has battled a bushfire crisis which has killed at least 33 people.