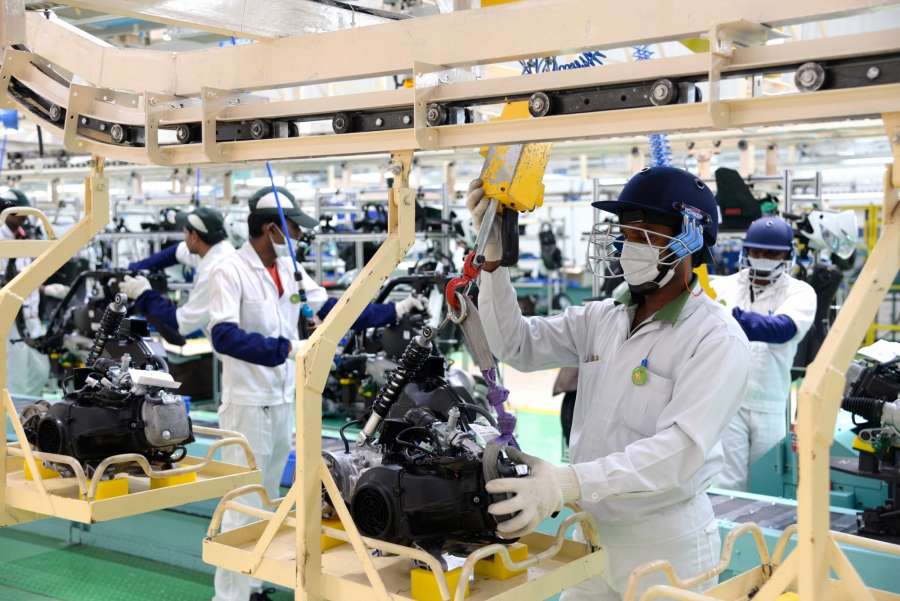 UK’s manufacturing is gradually regaining its lost pace, owing to the new orders coming mainly from the domestic market. The sector, which witnessed a record slump in the three months to July due to the significant impact caused by the coronavirus pandemic now hopes the worst is behind, according to an industry report.

Released on Thursday, the Confederation of British Industry’s (CBI) quarterly industrial trends survey showed that output dropped in 14 out of 17 sub-sectors in the quarter to July, with the headline fall being led by “motor vehicles & transport, food, drink & tobacco, and mechanical engineering”, reports Xinhua news agency.

According to a survey of 356 manufacturing firms, the total new orders in the period fell “at their fastest pace since October 1980”, said the survey.

“Manufacturers continue to face extreme hardship due to the COVID-19 crisis,” said Rain Newton-Smith, chief economist at the CBI, adding that “output volumes continued to decline at a record pace, while total orders have fallen at their fastest rate since October 1980”.

However, firms expected output to begin to recover in the next quarter, representing the first time that manufacturers have anticipated output to grow since February.

“There are some early signs that the worst might be behind us,” said the CBI, adding that business sentiment stabilised in the three months to July.

The body unveiled that investment spending for the year ahead “is still planned to be cut back sharply, but to a lesser degree than in April”.

Also Read – UK economy crashes by a massive 20.4% in April

In addition, total new orders and domestic orders are expected to pick up in the next three months, while “export orders are anticipated to fall at a slower pace”, it added.

Smith said although the government has provided “vital support” to the sector, firms remain very concerned about their financial situation and capacity to invest.

“It’s clear that many firms are still in distress”, said Tom Crotty, chair of the CBI Manufacturing Council, urging the government to continue to work with firms to “both shore up near-term cash flow and build a stronger, more sustainable manufacturing sector”.