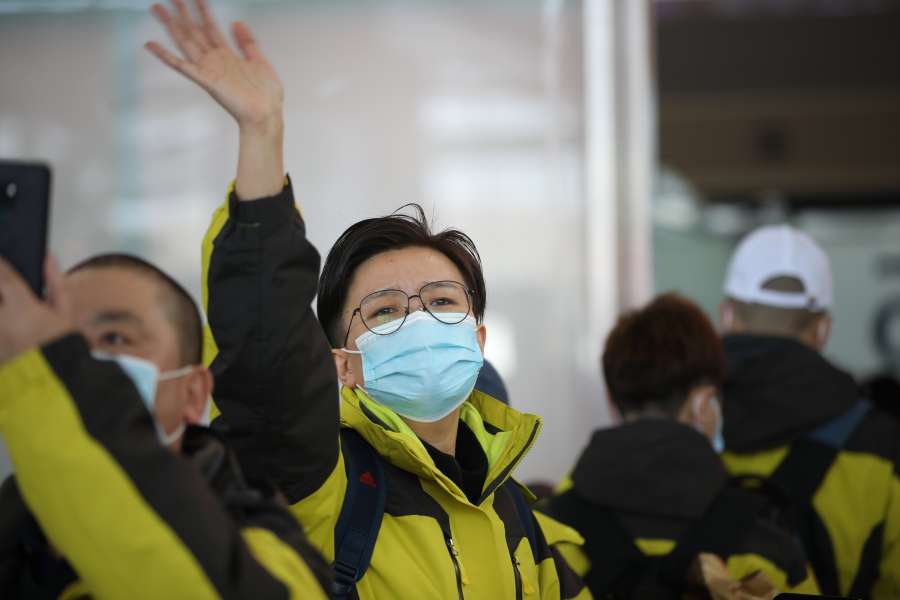 China eased COVID-19 restrictions on the entry of South Korean students and workers on Wednesday, sources said, in an apparent move to strengthen its ties with Seoul amid growing geopolitical tensions between Washington and Beijing.

Beijing started to receive visa applications from students, workers and those with valid residence permits, in the first such relaxation of the restrictions against foreigners that it placed in March to contain the COVID-19 pandemic, Yonhap news agency reported.

China has been seen as seeking stronger ties with South Korea, a key ally of the United States, as it handles increasingly acrimonious competition with Washington on multiple fronts, including trade, technology and maritime security.

Visa applicants should submit a certificate confirming a negative result from a nucleic acid test for the COVID-19 contagion five days before boarding a plane. Upon their arrival in China, they could face a 14-day quarantine depending on provincial governments’ policy guidelines. 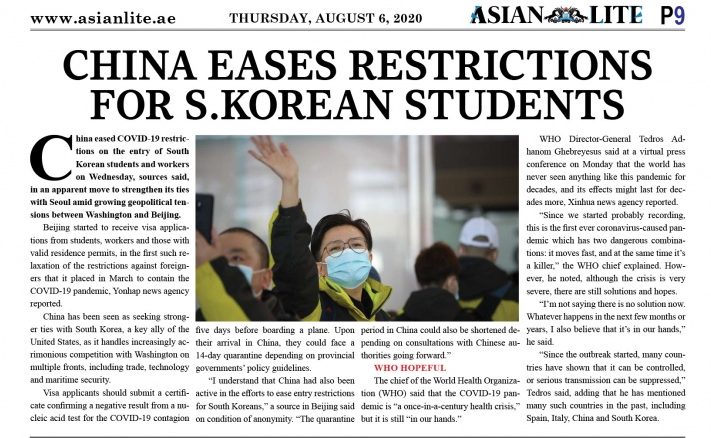 “I understand that China had also been active in the efforts to ease entry restrictions for South Koreans,” a source in Beijing said on condition of anonymity. “The quarantine period in China could also be shortened depending on consultations with Chinese authorities going forward.”

The chief of the World Health Organization (WHO) said that the COVID-19 pandemic is “a once-in-a-century health crisis,” but it is still “in our hands.”

WHO Director-General Tedros Adhanom Ghebreyesus said at a virtual press conference on Monday that the world has never seen anything like this pandemic for decades, and its effects might last for decades more, Xinhua news agency reported.

“Since we started probably recording, this is the first ever coronavirus-caused pandemic which has two dangerous combinations: it moves fast, and at the same time it’s a killer,” the WHO chief explained.

However, he noted, although the crisis is very severe, there are still solutions and hopes.

“I’m not saying there is no solution now. Whatever happens in the next few months or years, I also believe that it’s in our hands,” he said.

“Since the outbreak started, many countries have shown that it can be controlled, or serious transmission can be suppressed,” Tedros said, adding that he has mentioned many such countries in the past, including Spain, Italy, China and South Korea.