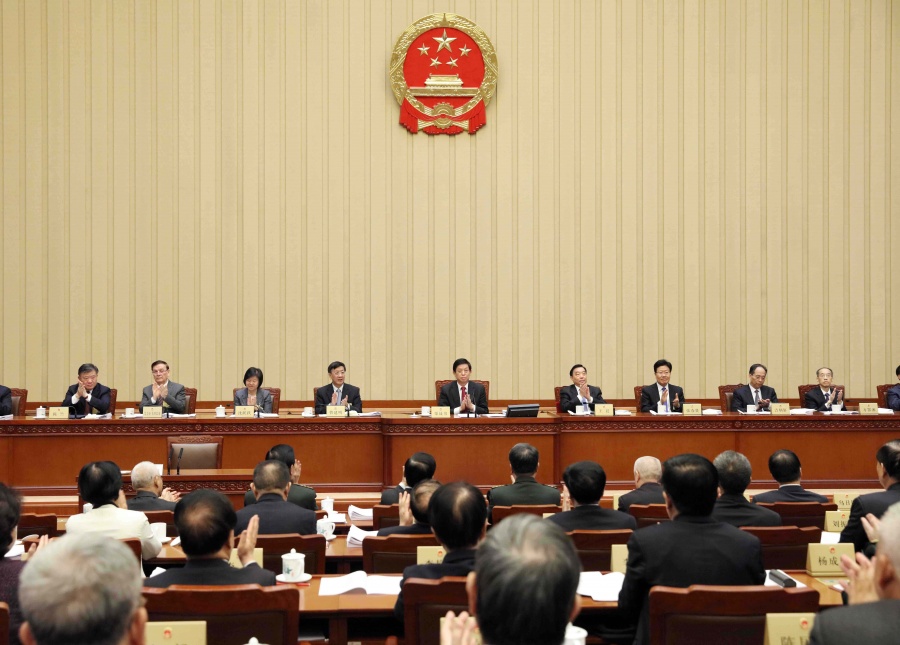 The law, approved by the National People’s Congress Standing Committee (NPCSC), is expected to carry a maximum penalty of life in jail, reports the South China Morning Post (SCMP) newspaper.

Sources told the SCMP that the law was approved unanimously by the standing committee’s 162 members, within 15 minutes of the meeting that started at 9 a.m.

On Sunday, the NPCSC began a special meeting fast-tracking the bill, which was passed on the last day of the three-day session.

The Post was told that the Basic Law Committee, which advises Beijing on Hong Kong’s mini-constitution, would meet “immediately after the standing committee passed the law to discuss its insertion into Annex III of the Basic Law”.

All Hong Kong delegates to the nation’s top advisory body, the Chinese People’s Political Consultative Conference, and the NPC, have been asked to attend a meeting, believed to be a briefing on the bill, at the central government’s liaison office on Tuesday afternoon.

The law is expected to come into effect on July 1, the 23rd anniversary of the city’s handover to China from British rule, according to the newspaper.

Passage of the controversial legislation came a day after China announced visa restrictions on US officials who have “behaved extremely badly” over Hong Kong.

Beijing and Washington had been locked in an escalating diplomatic row over the year-long Hong Kong protests and the national security law.

The US had earlier vowed to strip Hong Kong of its preferential trade status, and had enacted visa restrictions on Chinese officials deemed responsible for undermining local autonomy and freedoms.

Addressing the media before China passed the law, Hong kong Chief Executive Carrie Lam on Tuesday said that any warnings from the US or other foreign governments to impose sanctions over the matter “would not scare Hong Kong”, and the city’s government would fully cooperate with Beijing on any potential countermeasures.

Shortly after the law was passed in Beijing, key members of Hong Kong’s pro-democratic Demosisto party, Joshua Wong, Nathan Law and Agnes Chow, announced they had quit the group.

Demosisto is believed to be one of the prime targets of the law, as Wong played a major role in lobbying US politicians for their support to pass the Hong Kong Human Rights and Democracy Act last year, said the SCMP report.

The Hong Kong National Front, a pro-independence activist group led by former lawmaker Sixtus Baggio Leung, is also expected to shut down its operation in the city.

In a Facebook post, the group, which was formed in 2015, said it would continue to promote Hong Kong independence from its bases in Taipei and the UK.