The UN chief made no mention of Pakistan’s cross-border terrorism in Kashmir for the last three decades. Instead, while visiting Pakistan’s Kartarpur Corridor constructed to facilitate the visit by Sikh pilgrims from India, Guterres praised Pakistan for opening “a symbol of interfaith harmony.”…writes Aarti Tikoo Singh

Just a week ahead of US President Donald Trump’s visit to New Delhi, United Nations Secretary General Antonio Guterres during his four-day trip to Islamabad applauded Pakistan for its peace efforts and expressed concern for the Muslims in India.

Before concluding his Pakistan visit on Wednesday, the UN chief in an interview to Pakistani newspaper Dawn commented on India’s Citizenship (Amendment) Act, which fast-tracks citizenship of persecuted religious minorities of its three neighbouring Islamic theocracies.

The Dawn quoted Guterres as saying that there was a “risk of statelessness for two million Muslims excluded by the divisive Citizenship (Amendment) Act passed by the Indian Parliament.”

Guterres also told Dawn that he was personally concerned about the rising discrimination against the minorities in India. The newspaper claimed that the UN chief said: “All the reports, including two by the UN High Commissioner, in the international media, including Amnesty International, Human Rights Watch and recent fact-finding reports on Kashmir released in New Delhi, regarding torture, sexual abuse and incarceration of children as young as seven by the Indian military”, played an important role in “clarifying exactly what is happening” in Kashmir and “it is essential that these reports are taken seriously”.

The UN chief made no mention of Pakistan’s cross-border terrorism in Kashmir for the last three decades. Instead, while visiting Pakistan’s Kartarpur Corridor constructed to facilitate the visit by Sikh pilgrims from India, Guterres praised Pakistan for opening “a symbol of interfaith harmony.”

During his four-day trip, the UN chief showed huge admiration for Pakistan and patted the Imran Khan government on its back for its peace efforts. “For 40 years, Pakistan has sheltered Afghan refugees. I urge the world to support host countries and show similar leadership in standing with the refugees. The country has stood in solidarity with the refugees from Afghanistan for 40 years, showing how generosity is not always proportional to wealth,” he said.

The UN Secretary General said that Pakistan is one of the most consistent and reliable contributors to the UN peacekeeping efforts around the world. “I am closely following vital peace efforts in Afghanistan to reduce violence, especially against civilians. By building regional consensus, Pakistan’s role in this process remains crucial,” he tweeted. 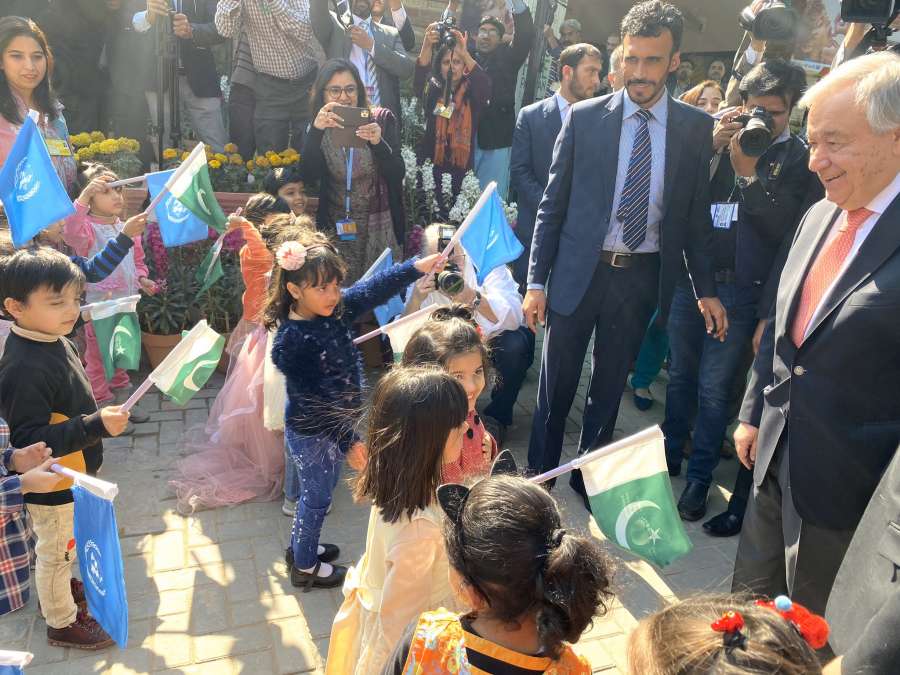 Sources in Islamabad said that the Imran Khan government had lobbied hard to invite Guterres in view of the fact that US President Donald Trump was skipping Pakistan and visiting only India during his maiden trip to the region.

“The UN chief was invited to handle the opposition at home and also pacify domestic constituency that is unhappy about an ailing economy and failing diplomacy even as Prime Minister Khan has been travelling around the world and campaigning against India over Kashmir,” said an Islamabad-based politician who did not want to be named.