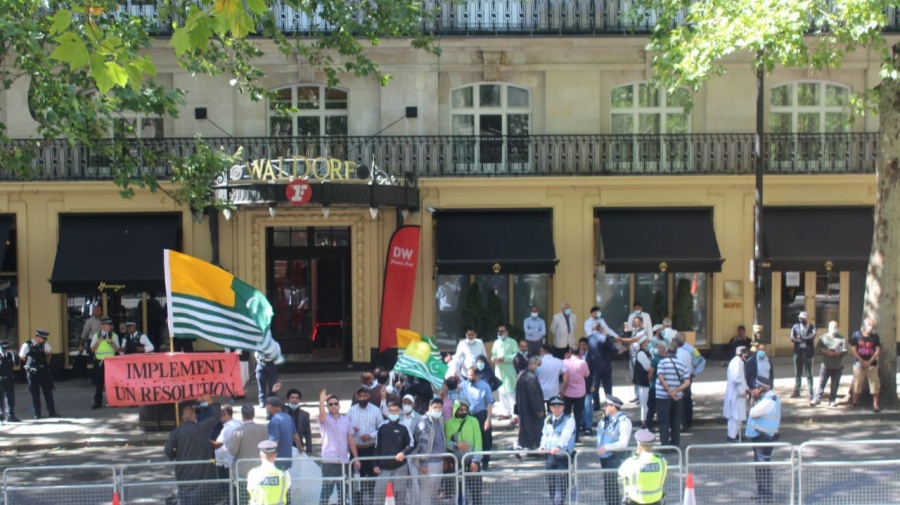 Protest by Pakistan-related organisations in London against India’s decision to abrogate Article 370 failed miserably as even ‘usual suspects’ skip the protest organised near India House at Aldgate in central London.

Lord Nazir Ahmed, prominent India critic and a member of Britain Upper House, along with his supporters were missing in action in London. The Lord is facing trial in an alleged sexual attack on a minor and girl.   In sharp contrast to last year, there were around 150 people, although permission had been taken for large crowd in response to the public call given by the Pakistani leaders. At several points during the protests recorded slogans and songs were played to compensate lack of physical participation.

For the first time, Labour party seems to have distanced itself from the event – indicating a welcome effort on the part of the main Opposition party under its new leader Sir Keith Starmer. The new leadership is trying to understand India’s position and measures to bring peace and development since the reorganisation a year ago.

Organisers of the protest had, as in the past, carried out sustained campaign in the UK including through mosques and social media. A prominent aid of Pakistan Prime Minister Imran Khan, Mr Zulfikar Bukhari was seen actively promoting various initiatives including a photo exhibition on alleged atrocities.

Last year, PM Khan and many other prominent Pakistani leaders had issued incendiary messages through social media, inciting protest and violence. In fact last year, Pakistani origin councillors and labour MPs in the UK were seen to be actively inciting the protesters with hate-speech and slogans. 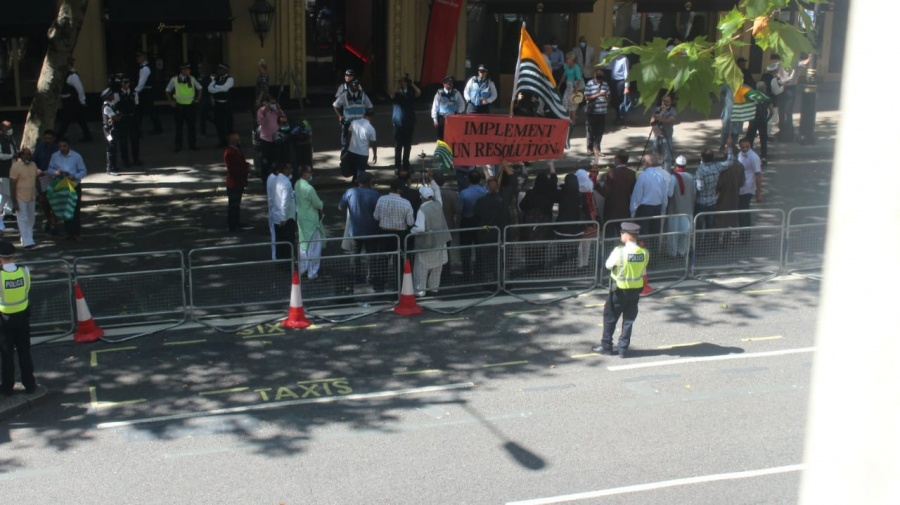 Lord Nazir, an active associate of Pakistani establishment in London, failing to gain much support in the UK located himself in Portugal and issued public messages urging for a large rally to be held in front of the Indian Embassy in Lisbon.

Despite UK opening up with decreasing number of Covid cases, and redoubled efforts on the part of Pakistan to ensure a large participation on the ‘first anniversary’, the low turn-out indicates that their support seems to be dwindling. Perhaps the diaspora is seeing, more clearly, the belie of Pakistan’s claim on the ground in both the POK and Jammu and Kashmir.

The India government on Thursday asked Pakistan to desist from inciting communal tensions in India with its provocative statements on its internal matters.

Pakistan on Wednesday had strongly condemned the ‘bhumi pujan’ ceremony for the construction of the grand Ram temple in Ayodhya.

In response to media queries on the issue, the official spokesperson of the External Affairs Ministry, Anurag Srivastava, said, “We have seen the press statement by the Islamic Republic of Pakistan on a matter internal to India.”

The Pakistan government had in an official statement on Wednesday said that the Ram temple was being constructed “on the site where the historic Babri Masjid stood for around five centuries.

Calling the Indian Supreme Court judgement, which paved the way for construction of the temple, “flawed”, Islamabad said that “it not only reflected the preponderance of faith over justice but also the growing majoritarianism in today’s India, where minorities, particularly Muslims and their places of worship, are increasingly under attack.” 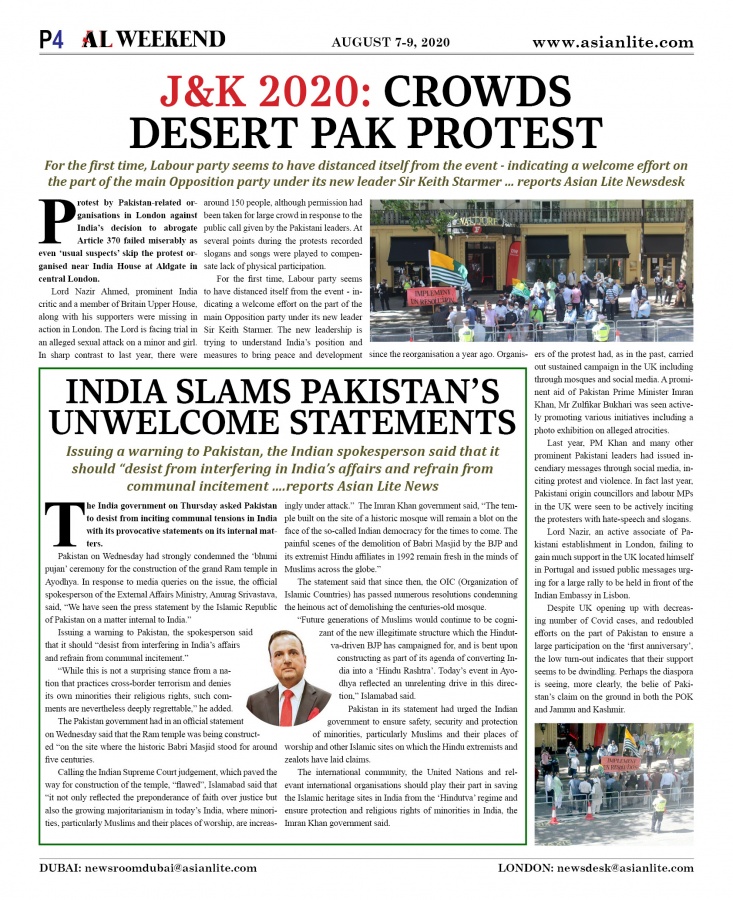 Pakistan in its statement had urged the Indian government to ensure safety, security and protection of minorities, particularly Muslims and their places of worship and other Islamic sites on which the Hindu extremists and zealots have laid claims.