Prime Minister Narendra Modi subtly shamed Pakistan for perpetrating cross-border terrorism in India and running propaganda to create a wedge between India and its allies at the web-summit of the Non-Aligned Movement (NAM) nations.

Though the Prime Minister did not mention Pakistan by name, he said that even as the world was fighting COVID-19, “some people are busy spreading other deadly viruses such as terrorism, fake news and doctored videos to divide communities and countries.”

The summit was held on Monday, at the initiative of President Ilham Aliyev of Azerbaijan, the current chair of the NAM, to enhance coordination of the member states in their fight against the coronavirus pandemic. Pakistan, represented by President Arif Alvi, participated in the summit as well.

Briefing the NAM summit about India’s efforts in combating the pandemic, Modi said, “Despite our own needs, we have ensured medical supplies to our 123 partner countries including 59 members of Non-Aligned Movement. We are active in global efforts to develop remedies and vaccines.”

During this crisis, the Prime Minister said, “we have shown how democracy, discipline and decisiveness can create a genuine people’s movement.”

Meanwhile, Vijay Kumar, IGP (Kashmir), said one of the two terrorists killed in the fierce gunbattle on Sunday in Jammu and Kashmir’s Kupwara district has been identified as Haider, a Pakistan national acting as top commander of terror outfit Laskar-e-Taiba (LeT) in Kashmir.

The top commander said Haider’s elimination is a major success in anti-militancy operations by the security forces.

“Haider was sent to Kashmir by his handlers in Pakistan to re-organise and re-orient LeT whose top cadre had been completely wiped out in anti-militancy operation.

“His death is a major setback to the perpetrators of terror across the borders”, a top intelligence officer said.

The exact identity of the other slain terrorist is yet to be established although sources said he is a local commander of the Hizbul Mujahideen.

Social media platforms in the Gulf are flooded with messages against India and Modi in the backdrop of Covid-19 pandemic. The unusual activity was noticed just after UAE Ambassador to India Dr. Ahmed Albanna tweeted saying thanks to India for sending 5.5 million pills of Hydroxychloroquine tablets.

India’s medical supplies to the Gulf countries annoyed certain quarters in the region. India’s relationship with Arab world has improved and even the Organisation of Islamic Countries (OIC) invited India to its meeting held in Abu Dhabi in 2019. It was a major blow to Pakistan that has consistently opposed India’s entry into the grouping despite having the third-largest Muslim population in the world. India’s proximity to the Arab region is also annoying Turkey – the former colonial masters in the region. 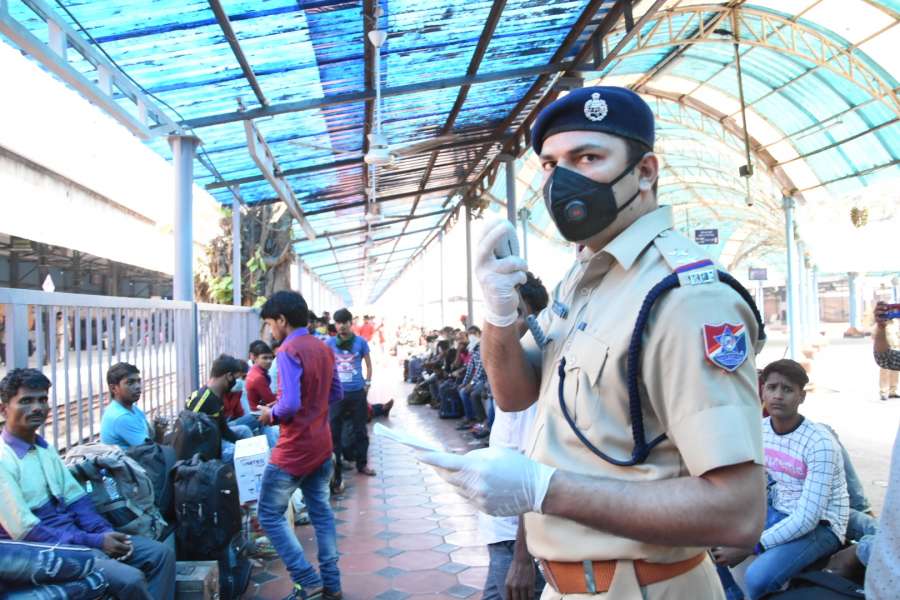 Indian officials have linked the spurt of anti-India messages to a coordinated effort that has the “imprint” of Pakistani intelligence, the Hindustan Times reported.

According to an assessment handed to the government last week, the effort was designed to flood social media with messages to fuel anti-India sentiment, particularly in the Gulf countries, “by spreading false propaganda on Islamophobia in India”.

The Pakistani deep state, the report said, was attempting to bring a schism between India and close allies in the Gulf by attacking PM Modi who has invested heavily to deepen India’s ties with the Middle-East. The report also mentioned the role of help from Turkey to fuel the campaign against India.

“What has been the novelty in the instant case is the use of prominent personalities in Gulf countries to scale up a systematic agenda of fake propaganda … This effort has clear imprints of the involvement of Pakistan ISI,” a top government official told Hindustan Times, citing the analysis of tweets that targeted New Delhi.

After the UN, the NAM is the biggest group of countries with 120 members. This was the first time that Prime Minister Modi attended the NAM summit after assuming office in his first term in 2014. He had skipped the 2016 summit, becoming the first Indian Prime Minister to do so.

Modi on Monday at the NAM summit said that the coronavirus pandemic had demonstrated the limitations of the existing international system. “In the post-Covid world,” Prime Minister said, “we need a new template of globalisation based on fairness, equality and humanity. We need international institutions that are more representative of today’s world.”

India has been persistently and emphatically asking for structural reforms in global institutions since the pandemic hit the world.

Though the NAM has been considered irrelevant and ineffective, Prime Minister Modi on Monday said, “Today, humanity faces its most serious crisis in many decades. At this time, NAM can help promote global solidarity.”

The movement, he said, has often been the world’s moral voice. “To retain this role, NAM must remain inclusive,” he said.