In order to strengthen the grassroots democracy in Jammu and Kashmir, the administration has decided to spend Rs 1,700 crore to empower the newly constituted panchayats and give them control of 21 departments to be headed by Panchs and Sarpanchs.

On the first anniversary of the abrogation of Article 370, the UT administration shared the plan with IANS under which it says the administration has devolved Rs 1,000 crore while another Rs 700 crore is in the pipeline. The plans, a government data reveals, were prepared soon after Panchayat elections for nearly 4,500 Panchayat Halqas– a cluster of villages represented by a sarpanch — in Jammu, Kashmir and Ladakh were successfully conducted in 2018 despite many fears and apprehensions and number of boycott calls by militant elements.

In addition, functions like nutrition of Integrated Child Development Services (ICDS) centres, Mid Day Meals and salaries of certain functionaries have also been formally devolved to the Panchayats, the data mentions.

Besides, there is a continuous attempt to institutionalise and energise the functioning of Panchayats and to assist them wherever they face any impediments in using the funds.

Panchayats, in addition to being involved in the selection of eligible beneficiaries for various government welfare schemes, can get Rs 50 lakh-Rs 80 lakh per year for implementation of key national schemes such as the National Health Mission, Samagra Shiksha. A group of around 5,000 gazetted officers of all levels of seniority — one for every Panchayat — also stay for two days and a night in the villages notwithstanding any challenges of geography, climate or law and order to address issues like impediment faced by Panchayats, level of cooperation (or otherwise) received from the departments and the administration, office and procedural delays.

“In fact a questionnaire to be filled in by the visiting officer specifically,” a Jammu and Kashmir official involved in the process told IANS.

The Valley simmers with anger against the Centre’s decision and the subsequent curbs on civil liberties, local representatives have been thrust into an uneasy spotlight. But nearly a year after they were elected, Panchs and Sarpanchs here say they are yet to receive the kind of help they were expecting.

Ongoing COVID-19 pandemic, leading to over three months lockdown in the Valley, they say might be one of the reasons. While talking to IANS, two Panchs, requesting anonymity, told IANS they hope for better developments at village level. “We have not received help which was expected during elections. Initial two months were very crucial for the government which was busy in managing law and order. For the last more than three months, there is lockdown in the Valley due to COVID-19. Several steps were taken by the government but the implementation on the ground is much more desirable. We expect for better situation in coming days,” said one of the Panchs in Kupwara district– around 100 km from Srinagar. 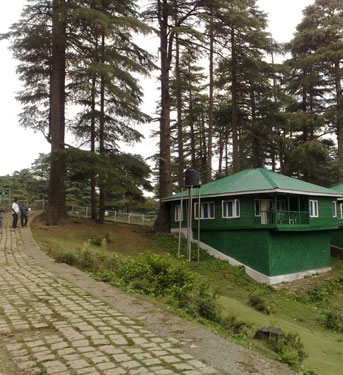 Although Panchayati Raj was introduced by the Dogra rulers of Jammu and Kashmir in 1935, the system has historically been weaker than in other parts of the country. Before August 5, the erstwhile state followed the Jammu and Kashmir Panchayati Raj Act of 1989, and rules were introduced in 1996. They provided for a three-tier system. The base is formed by the halqa panchayats, directly elected bodies headed by a sarpanch and panchs representing the village wards.

The second and third tiers of the panchayat system have never existed in Kashmir. Elections for the halqas have been held sporadically. The 2018 elections were two years late. The panchayat terms had ended early in 2016. Elections could not be held because of the turmoil triggered by Hizbul Mujahideen commander Burhan Wani’s death on July 8, 2016.