The state-run Saudi Press Agency official quoted a Ministry official as saying that the reduction will be a voluntary amount of 1 million bpd, in addition to the reduction committed by the kingdom in the latest OPEC+ agreement reached on April 12, reports Xinhua news.

The official said that this brings the total production cut to around 4.8 million bpd from the April production level.

“Therefore, the kingdom’s production for June, after both its targeted and voluntary cuts, will be 7.492 million bpd,” he said.

The official also revealed that Aramco has also been directed to reduce production in May, from the target level of 8.492 million bpd, after customers’ consent.

He justified the reason of the additional cut is to encourage OPEC+ members and other oil producers to comply with their production cuts commitment and to provide additional voluntary cuts, in order to stabilize global oil markets.

The announcement was made after the Finance Ministry’s decisions to reduce the economic implications of the coronavirus pandemic by adopting certain measures, including increasing the Value Added Tax (VAT) from 5 to 15 per cent. 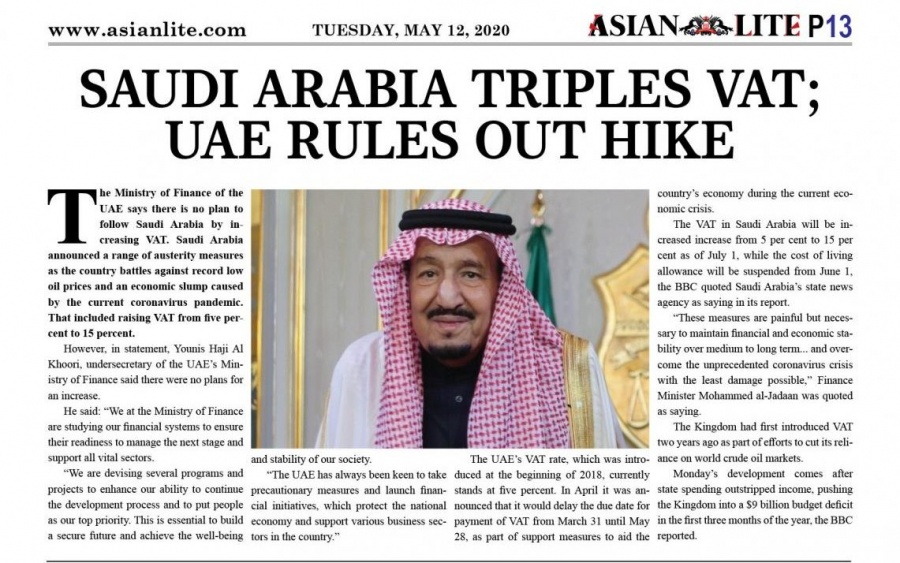