Inviting Turkey to invest in Pakistan, Khan said that, under his leadership, the country jumped 28 spots on the World Bank’s Ease of Doing Business index…reports Asian Lite News 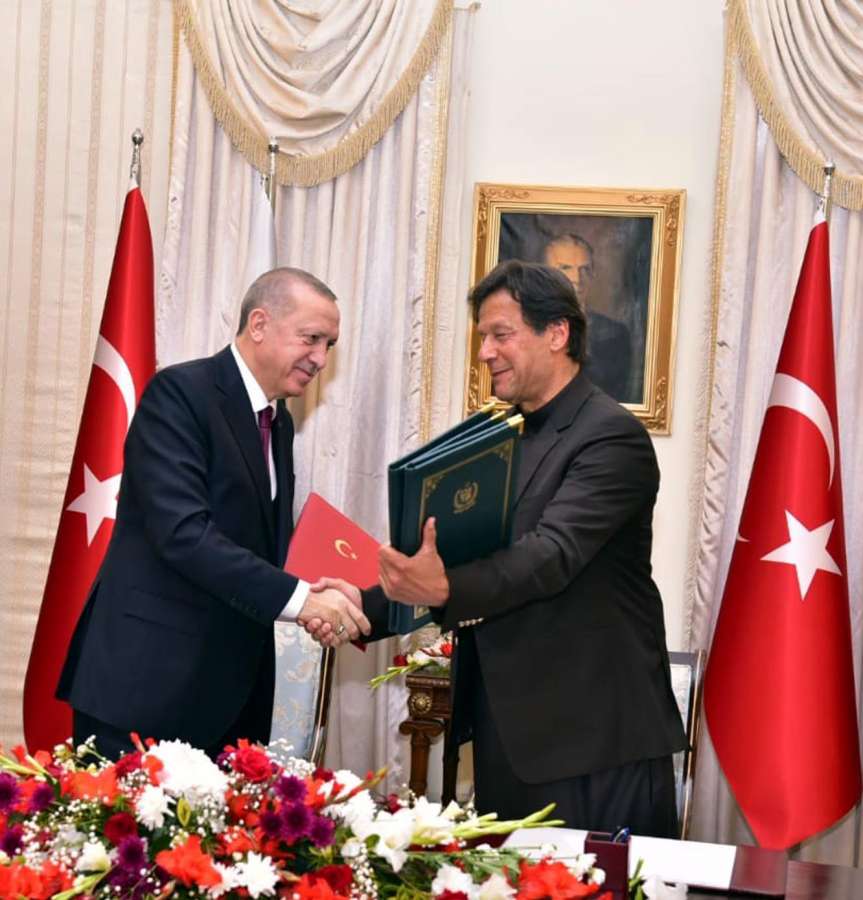 Visiting Turkish President Recep Tayyip Erdogan said that the China-Pakistan Economic Corridor (CPEC) should be “better explained to Turkish entrepreneurs”, adding that Ankara was “ready to work on that”.

Speaking at the Pakistan-Turkey Business and Investment Forum in Islamabad alongside Prime Minister Imran Khan on Friday, Erdogan, seemingly referring to CPEC, said: “Turkey is not given the same opportunities that are offered to some other countries,” Dawn news reported

“Hopefully we’ll open the door for new businesses. We wish to raise the level of Pakistan and Turkey’s business relations to the level of our political relations,” he said.

“Currently, our trade is only $800 million which is not acceptable for us. Our mutual population is over 300 million. Therefore, we have to bring our trade to the level we deserve,” the President added.

Inviting Turkey to invest in Pakistan, Khan said that, under his leadership, the country jumped 28 spots on the World Bank’s Ease of Doing Business index.

He also assured to fully facilitate the Turkish business community in their joint ventures with Pakistani companies.

Earlier in the day, Erdogan addressed a joint session of Parliament and also met his Pakistani counterpart Arif Alvi.

While addressing the joint session for the fourth time, Erdogan reiterated his country’s support for Pakistan and its stand on the Kashmir issue.

The Turkish leader concluded his two-day trip on Friday.