Hong Kongs legislature passed the national anthem bill on Thursday by an overwhelming majority, outlawing insults against the Chinese anthem “March of the Volunteers”.

The Legislative Council voted 41 to one for the legislation after a lawmaker disrupted proceedings by releasing foul-smelling liquid in the chamber, reports the South China Morning Post.

Under the bill, anyone found guilty of misusing or insulting the national anthem could be fined up to HK$50,000 ($6,450) and jailed for three years. 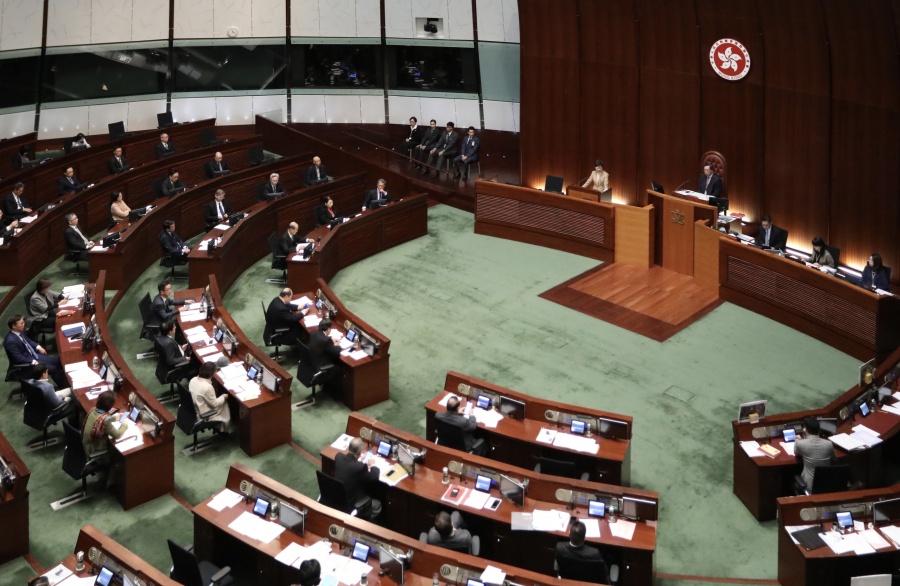 Earlier in the afternoon, pan-democrats Eddie Chu and Raymond Chan rushed out from their seats, and Chu emptied the bottle of brown-coloured liquid, forcing a suspension of the debate.

House Committee chairwoman Starry Lee, who was presiding over the meeting, ordered the pair to leave the chamber, and they were forcibly removed by security guards.

Outside the chamber, Chu said the substance used as a biofertiliser.

He said it was similar to what Democratic Party’s Ted Hui dropped in the chamber last week, even though Hui said the substance was a container of rotten plants.

Chu said his action was to protest against the national anthem bill, as well as to remember the 31st anniversary of the Tiananmen Square crackdown in 1989.

Meanwhile, the city’s annual Tiananmen vigil, organised by the Hong Kong Alliance in Support of Patriotic Democratic Movements of China, has been banned for the first time in 30 years.