UN Secretary-General Antonio Guterres on Friday called for an immediate ceasefire in Idlib “before the situation gets entirely out of control”. Donald Trump spoke to his Turkish counterpart Recep Tayyip Erdogan on the phone over the escalating tense situation in northwest Syria…reports Asian Lite News

UN Secretary-General Antonio Guterres warned that the Syrian conflict has changed in its nature, calling on concerned parties to heed the risk that the military escalation in northwest Syria might run out of control.

“I would like to say a few words to express my deep concern with what I believe is the changing nature of the conflict in Idlib,” Xinhua news agency quoted Guterres as saying on Friday in an emergency meeting on Syria requested by Belgium, France, Germany, Estonia, the UK, the US and the Dominican Republic.

“The Council is well aware of the dramatic humanitarian situation in the region, namely, following the most recent offensive.

“But beyond the dramatic humanitarian situation, I think it’s important to acknowledge that the conflict has changed in its nature. And we have witnessed a very meaningful escalation in the last few days.

“As far as I’m informed, without having a solution found, I think all this creates an environment in which the risk of the escalation getting out of control, taking into account the volume of the forces that are in Idlib and around Idlib is something that cannot be taken lightly,” said Guterres.

The Council called the emergency meeting Friday on the escalating conflict in Syria’s Idlib region, the last major opposition stronghold in the conflict-torn country.

An airstrike killed 33 Turkish soldiers on Thursday in Idlib, heightening tensions between pro-opposition Turkey and the Syrian government’s ally Russia. 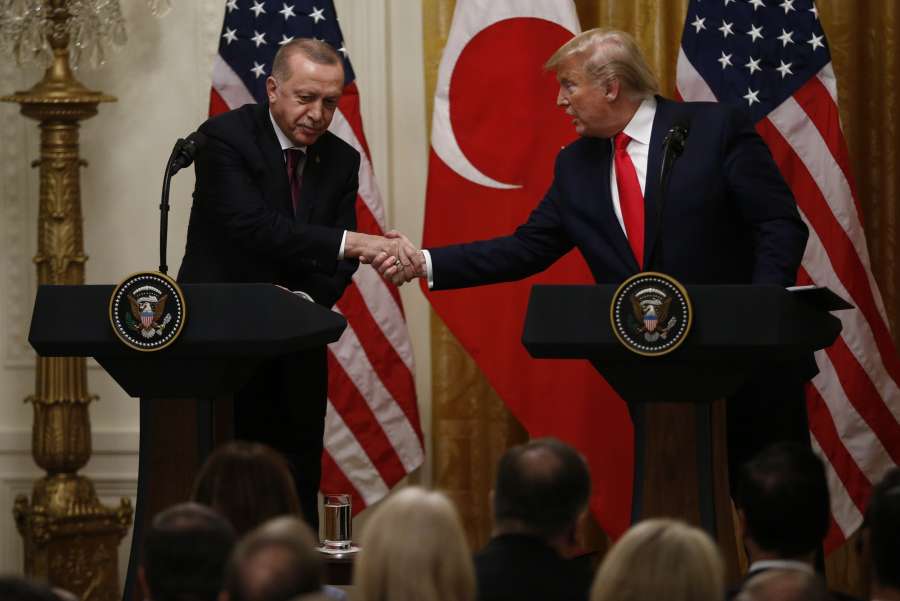 US President Donald Trump spoke to his Turkish counterpart Recep Tayyip Erdogan on the phone over the escalating tense situation in northwest Syria, said the White House.

In the call on Friday, Trump voiced Washington’s support for Ankara’s “efforts to de-escalate the situation in northwest Syria and avoid a humanitarian catastrophe”, Xinhua news agency quoted the White House as saying in a statement.

Trump and Erdogan also called for Syria, Russia and Iran to halt their offensive before more civilian deaths, according to the statement.