A hero is an ordinary individual who finds the strength to persevere and endure in spite of overwhelming obstacles …. Christopher Reeve

Here is the story of Dharmesh Mistry, a committed police officer of Indian origin, which will, hopefully, inspire many more from the Indian community to join this noble profession of selfless service.

Dharmesh has been with the Police Force for nearly 15 years in Bradford, one of the busiest and most challenging districts in Yorkshire. Although he started his career with great enthusiasm, the loss of his father, severe arthritis and mental health issues soon forced Dharmesh out of the frontline duties which he most enjoyed.

However, these life-changing issues strengthened Dharmesh’s commitment to serve the public and his dedicated service was soon noticed in 2019 when he was shortlisted for the National Diversity Awards in the Positive Role Model for Race, Religion and Faith category. 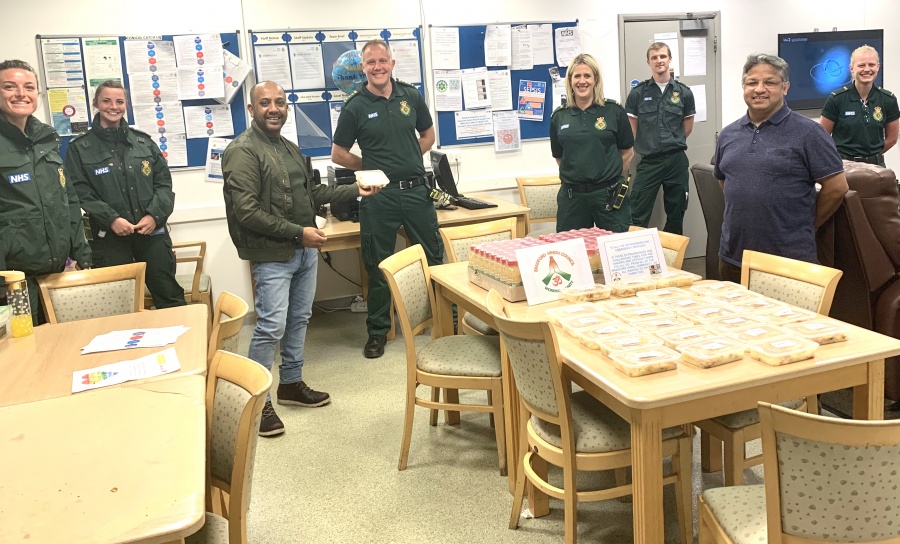 Currently. Dharmesh works in the Peoples Development Unit at Trafalgar House, assessing students work nearing the end of their 2 years’ probation and this still keeps him in close contact with his frontline colleagues.

Dharmesh heard that during the present challenging COVID-19 situation, many of his colleagues on nightshifts missed their meals and were unable to purchase meals. Added to this, they also had to deal with physical and mental onslaughts from some members of the public.

Seeing the immense public support for the well-deserved NHS heroes, Dharmesh felt that his Police colleagues would also benefit with such support and, therefore, he took it upon himself to initiate a support system.

Contacting the Bradford Hindu Council (BHC), Dharmesh was amazed at their spontaneous positive response to his request for support and many Indian families gladly volunteered to cook meals for the Police Force as an appreciation for all the demanding frontline work they do. 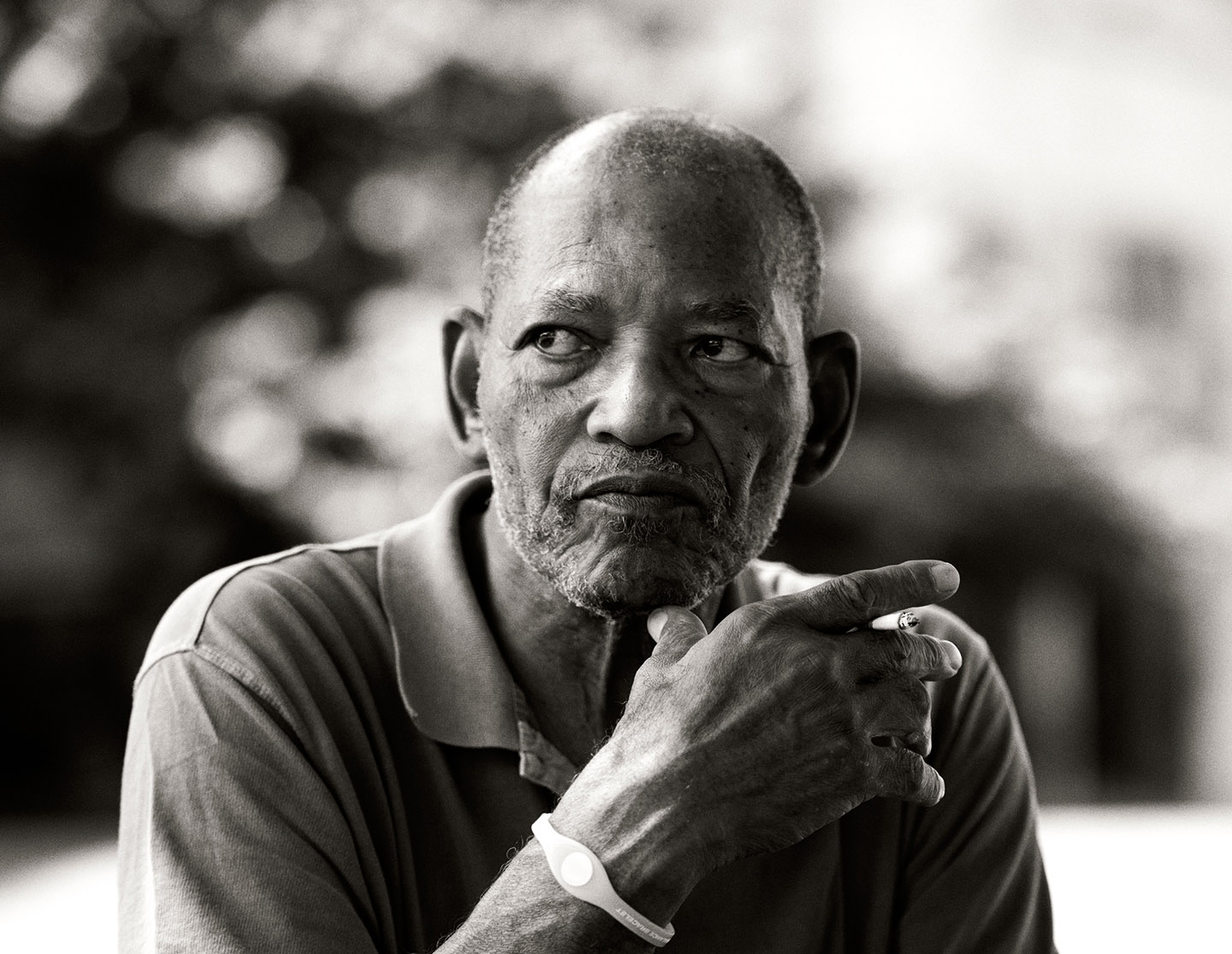 Deciding to focus on the 5 Response teams throughout the Bradford District which included, Trafalgar House, Lawcroft House, Javelin House, Shipley and Keighley Police Stations and the Pudsey Police Station on their nightshift, Dharmesh oversaw the delivery of nearly over 80 meals per night for about 2 weeks. This food service was later extended to the paramedic and responders from Bradford, Keighley and Skipton stations, and even across the border to support Pudsey Response officers for about a week and 2 additional days of meals to support the Divisional Control Room, Custody, CID and Helpdesk. Even the children helped with the meals and also drew pictures for the officers bringing them cheer and a well-deserved boost.

A total of 1400 home cooked meals was delivered and, sure enough, this elicited emotional responses and boosted the morale of many officers who were risking their lives for the safety of others.

The Office of Police Crime Commissioner, Mark Burns-Williamson welcomed the timely service and expressed his thanks to the Bradford Hindu community. 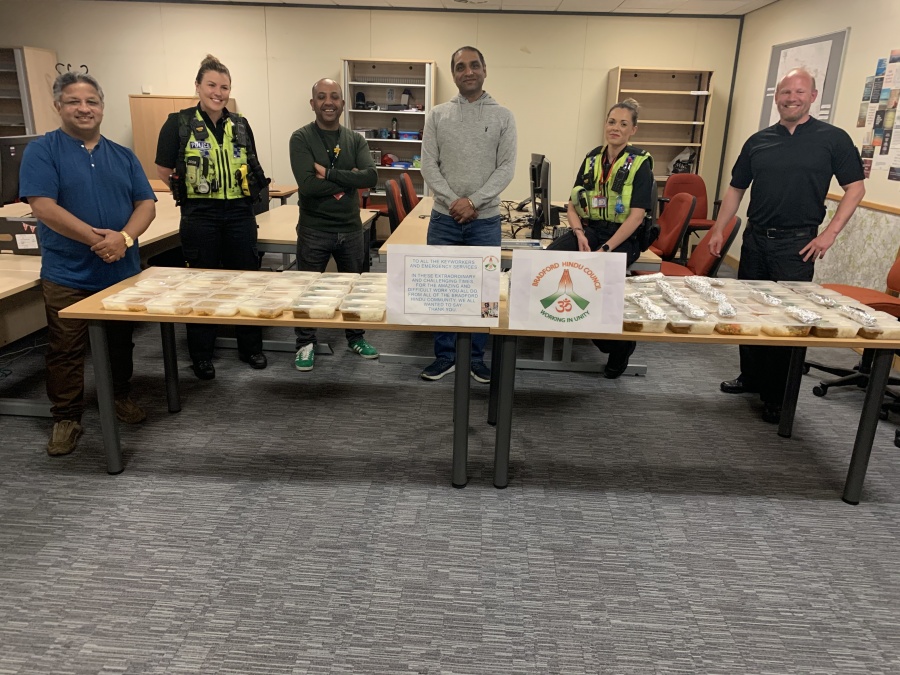 In these trying times, Dharmesh’s tireless service brought to the forefront the tireless work of the Police Force. The support of the Bradford Hindu Council and the Hindu community in the cooking and distributing the food packs was overwhelming and highlighted the wonderful community cohesion during critical times.