“I’m saying unequivocally it never, never happened,” Biden said on Friday of the allegations made by Tara Reade, who was a staff assistant his senate office in 1993, when she alleged the assault took place.

The allegations against Biden, who is expected to be the Democratic presidential candidate, has put the party and the #MeToo movement in a bind because of their assertions in other cases, notably that of Supreme Court Justice Brett Kavanaugh, that women must be unequivocally be believed.

Biden has received support from several women leaders of the Democratic Party.

Dismissing the accusation, Speaker Nancy Pelosi called Biden “a person of great integrity, great concern for the American people” and expressed support for him and his candidacy.

Kevin McCarthy, the Republican Party leader in the House of Representatives, accused Pelosi of being a “hypocrite” and said: “You can’t say one thing about every other time she has commented about any accusation and now say it is OK.”

Reade alleged in March that in 1993 Biden pushed her against a wall and put his fingers under her clothes and penetrated her and that when she resisted his advances, her assignments in his office were changed and she was made to resign.

Biden made his denial in a programme on the MSNBC, a cable channel generally friendly to the Democrats, enabling him to avoid harsh cross-examination by the interviewer.

He said that he wanted the national archives to release any relevant material, but refused to allow the Delaware University to release documents from his archives saying that the did not contain personnel matter.

Biden has faced allegations in 2019 from several woman, including Reade, of improper physical contact, but not of assault.

He brushed off the allegations by saying: “I’m a tactile politician.”

“If I made anyone uncomfortable, I feel badly about that” but added, he said. “I’m not sorry for anything I have ever done. I’ve never been disrespectful intentionally, to a man or a woman.”

But as he goes into the election cycle, he faces a more serious allegation.

President Donald Trump, who has been accused of sex assault by several women, sort of came to Biden’s defence on Thursday. 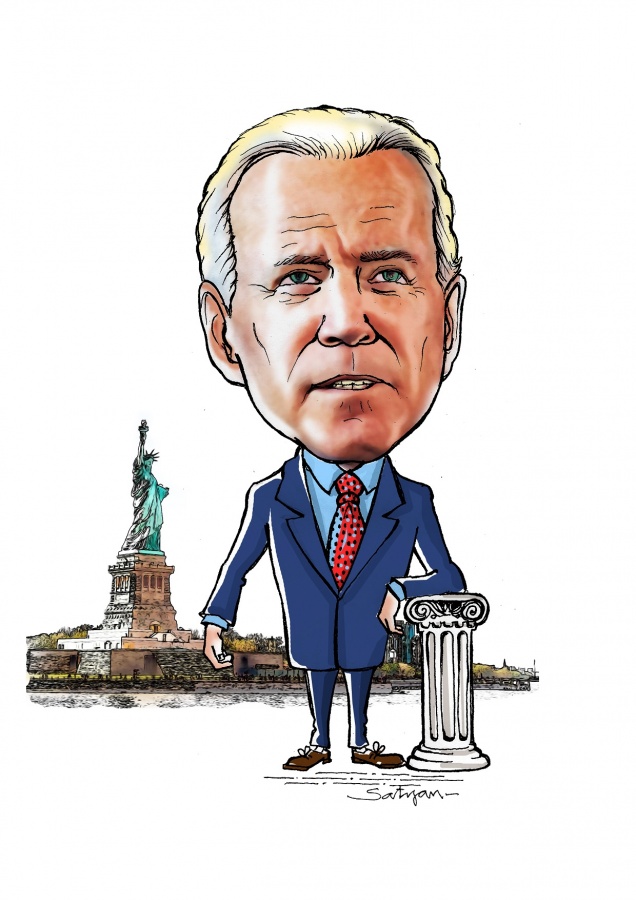 But he immediately brought up the case of Kavanaugh which poses a challenge to the Democrats and the #MeToo movement.

“If you look at Brett Kavanaugh, there’s an outstanding man. He was falsely charged. What happened with him was an absolute disgrace to our country.”

When Kavanaugh was nominated to the Supreme Court in 2018, Christine Blasey Ford accused him of assaulting her, though not of actual rape, when they were teenagers in high school.

Biden had said she should be trusted: “For a woman to come forward in the glaring lights of focus, nationally, you’ve got to start off with the presumption that at least the essence of what she’s talking about is real, whether or not she forgets facts, whether or not it’s been made worse or better over time.”

Kavanaugh was ultimately confirmed by the Senate to the judgeship, despite strong opposition from the Democrats over the accusations by Ford and another woman, who initially said she was not sure who assaulted her, but later said it was Kavanaugh.

Now statements by Biden and others from the Kavanaugh case is being flung back at them.

But for Democrats – and many of those opposed to Trump – the allegations are unlikely to change their minds because they see Trump as the sole threat, and he has faced more serious allegations.

Biden’s supporters point to some issues with Reade, including of lack of witnesses.

Though she had joined other women in alleging improper physical contact, Reade made the first public accusation of assault in a podcast interview with a left-wing commentator in March and filed a police complaint against Biden this month, although the statute of limitations – the time limit for prosecutions – had passed.

Reade had posted comments supportive of Russian President Vladimir Putin but has deleted them.

But media has unearthed family members and friends to whom she had confided about the harassment around the time after the alleged assault took place. 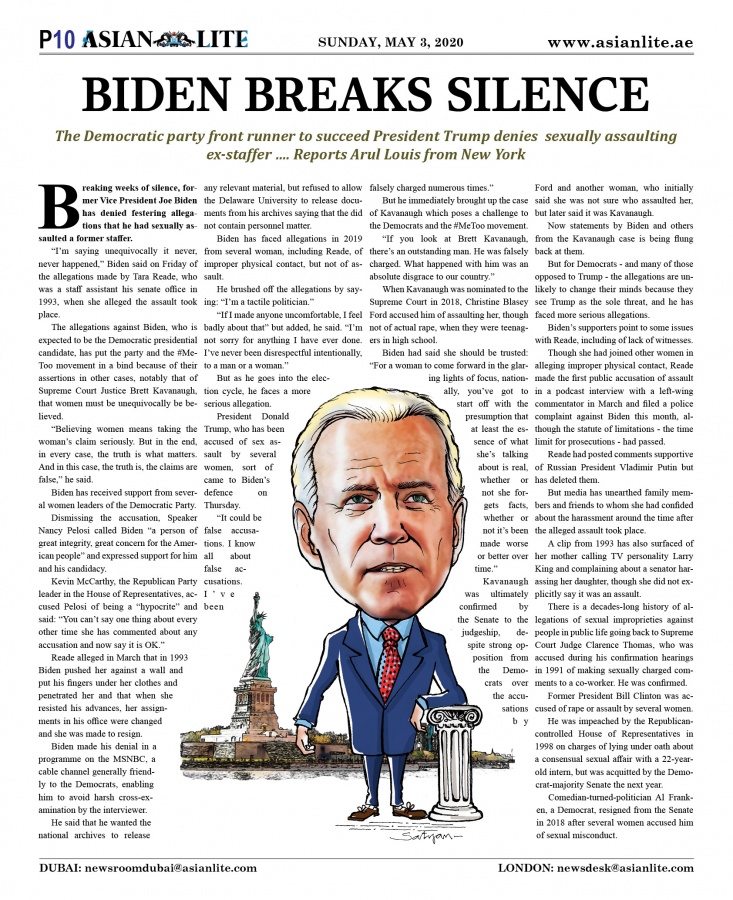 A clip from 1993 has also surfaced of her mother calling TV personality Larry King and complaining about a senator harassing her daughter, though she did not explicitly say it was an assault.

There is a decades-long history of allegations of sexual improprieties against people in public life going back to Supreme Court Judge Clarence Thomas, who was accused during his confirmation hearings in 1991 of making sexually charged comments to a co-worker. He was confirmed.

Former President Bill Clinton was accused of rape or assault by several women.

He was impeached by the Republican-controlled House of Representatives in 1998 on charges of lying under oath about a consensual sexual affair with a 22-year-old intern, but was acquitted by the Democrat-majority Senate the next year.

Comedian-turned-politician Al Franken, a Democrat, resigned from the Senate in 2018 after several women accused him of sexual misconduct.