Dream big and do not hesitate to ask for your rightful place in the society or workplace. That is the advice Twitter’s Vice President for Asia Pacific Maya Hari has to offer ahead of International Women’s Day on Sunday. 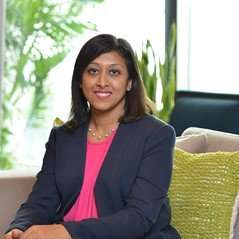 “I deeply believe in and advocate for inclusion and diversity in the workplace. My fundamental belief is that women should ask for their rightful spot. Therefore, my advice to women is — don’t hold yourself back. It is a question of how big you dream is because anything is possible. Ask for that job you want or that promotion,” she said in an interview.

Twitter, she believes, has helped women in India and across the world challenge stereotypes, build communities and celebrate themselves.

#MeToo/#MeTooIndia, #SareeTwitter, GirlsWhoDrinkBeer,#LahuKaLagaan and #JhumkaTwitter have emerged as some of the top women conversations and movements in India over the past three years.

“I feel fortunate being at Twitter and spending the last 5+ years at this company. Not only does the platform very deeply care about representing every voice, but is also able to drive conversations that matter and showcase every side of a debate,” said Maya, who is responsible for building Twitter’s business across the Asia Pacific region.

Besides driving conversations on women’s rights, Twitter is also focusing on improving diversity in the organisation and training its women leaders, she said.

“Diversity is also incredibly important to us at Twitter. Along with setting strong, measurable targets around improving the diversity of women in the workforce, both in technical jobs and in leadership, we also provide training to our women leaders, sponsoring their participation in a Global Female Leaders Program in partnership with Stanford University, among other initiatives,” Maya informed.

Twitter is celebrating this International Women’s Day with #EveryWoman.

“When every woman has a voice, intersectionality becomes a strength. Practising intersectionality means supporting #EveryWoman “regardless of her/their ethnicity, sexuality, religion, class, or ability,” Maya said.

“On Twitter we believe everyone, including women, should feel safe expressing their unique point of view with every tweet – and its our job to make that happen,” she noted.

Saying that abuse, harassment and hateful conduct have no place on Twitter, she stressed that the platform has taken strong steps to proactively address the health of the conversation on its service.

“Today, more than 50 per cent of abusive content that we take action on is identified proactively using technology, instead of relying on reports from people using Twitter,” the Twitter executive emphasised.

Prior to joining Twitter in 2014, Maya spent over 15 years in the digital media, mobile and e-commerce industries across the US and in Asia Pacific for brands such as Samsung, Google, Microsoft and Cisco.