The Indian Army has started the process to grant permanent commission to short service commissioned women officers in 10 streams, the force said on Thursday.

The Ministry of Defence has issued the formal government sanction letter for grant of permanent commission to women officers in the Indian Army, paving the way for empowering women officers to shoulder larger roles in the organisation.

In anticipation, the Army Headquarters had set in motion a series of preparatory actions for conduct of the Permanent Commission Selection Board for affected women officers. The Selection Board will be scheduled as soon as all affected short service commission women officers exercise their option and complete requisite documentation.

“The Indian Army is committed to provide equal opportunities to all personnel including Women Officers to serve the nation,” the force said in a statement.

It was after the Supreme Court ordered the Indian Army in February this year to grant permanent commission to women officers within three months, that the Army started the process to give serving women officers a bigger role.

A bench comprising Justices D Y Chandrachud and Ajay Rastogi, said, “Short Service Commission (SSC) women officers, both within the period of fourteen years’ service and beyond, should equally be entitled to consideration for the grant of PCs.” The court insisted on shaking off typical arguments founded on the physical strengths and weaknesses of men and women and on assumptions about women in the social context of marriage and family that do not constitute a constitutionally valid basis for denying equal opportunity to women officers.

“To cast aspersion on their abilities on the ground of gender is an affront not only to their dignity as women but to the dignity of the members of the Indian Army – men and women who serve as equal citizens in a common mission,” noted the top court.

The Indian Army then had stated that all women officers serving in the force from now on would be considered for permanent commission. 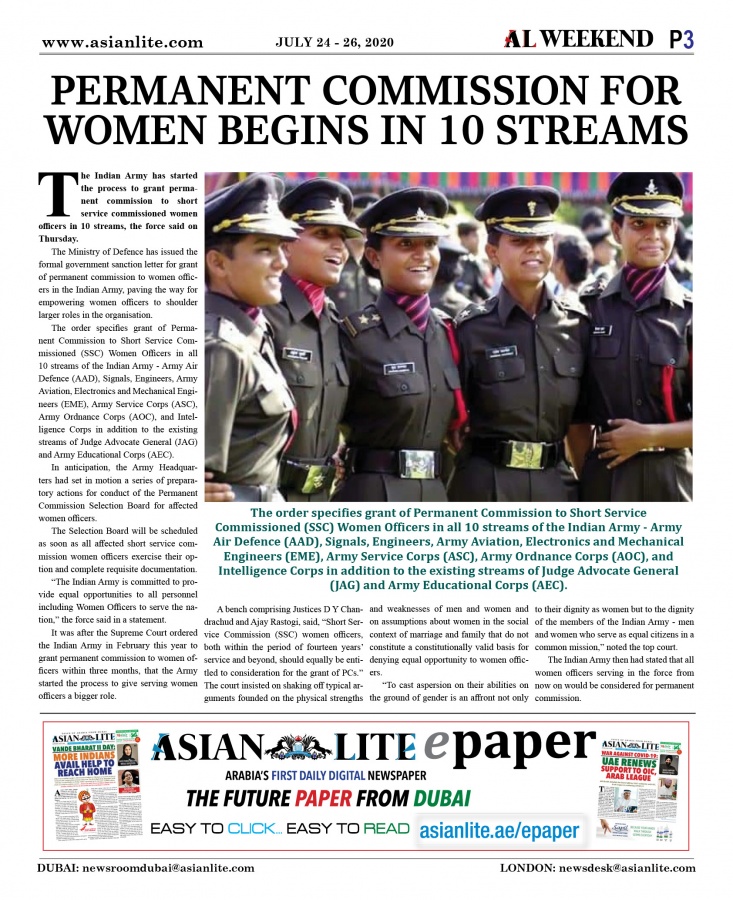