London-based steel magnate Lakshmi Niwas Mittal, ranked the 56th richest person in the world in 2017, recalled his academic days in St. Xavier’s College – Kolkata and admitted his struggles to cope with the English Language that once prompted College officials prompted to refuse him admission….reports Asian Lite News

NRI steel magnate Lakshmi Niwas Mittal recalled how he was refused admission to St. Xavier’s College – Kolkata, though he had very good marks, just because he didn’t speak English, and recounted his determination to make most of the opportunity. He also regretted not studying further.

Lakshmi Mittal shared his memories during his College days  while addressing a gathering at the  St. Xavier’s University and was also addressing a closed-door alumni meeting at the university. He also inaugurated the opening of The Lakshmi & Usha Mittal Foundation Building (Academic Block).

“I left St. Xavier’s 48 years ago but I remember my time clearly. I wanted a great education. Some of you may be aware that I had to work hard to persuade the then Principal to let me in. He had reasons to say no… mainly that I didn’t speak English and all lessons were imparted in English,”

“I managed to convince him… I don’t know what changed his mind, maybe he was fed up of seeing me knocking on his door everyday,” said the London-based steel magnate while addressing a gathering at the inauguration of the first academic session (2017-2018) of the St. Xavier’s University and the opening of The Lakshmi & Usha Mittal Foundation Building (Academic Block).

“I was absolutely determined to make the most of the opportunity. The opportunity and perhaps challenge started at St. Xavier’s,” he said about his start of B.Com days at the college.

Later, addressing a closed-door alumni meeting at the university, Mittal elaborated how he promised the college authorities that he would learn English within a year.

“He said it was his first, big challenge. He said ‘I did it. In second year not only I became good in English but also got distinction. In the third year, I topped the institute, Father (principal) gave me the certificate and requested me teach the students accountancy in college’,” a member of the St. Xavier’s alumni association said after the meet.

He said the steel tycoon’s regret was that he could not teach the students.

“Mittal said ‘I thought I could have joined the college and taught but in that case I could not have been what I am today. Still I feel, I could have taught for a few days’.”

Mittal also regretted not having gone for higher education. “I should have studied more,” the alumni quoted Mittal as saying.

Dubbing Forbes rankings (he was ranked the 56th richest person in the world in 2017) as “myths”, Mittal also said “power comes from accepting responsibility”.

“The world is very cruel and you have to prove yourself and to do that you have to be different,” Mittal said to the students who were present with the alumni.

In his public address, Mittal highlighted how St. Xavier’s shaped his confidence to take bold decisions.

“I moved to Indonesia in 1976. That was a huge decision back then to leave home, family and live in a foreign country. I really believe that without my time at St. Xavier’s, I may not have taken that decision,” he said.

“Today ArcelorMittal has 200,000 employees and operations in 60 countries. Life in the steel industry over the last few years has not been easy. To be honest, life in steel industry has often not been easy. Given the size and scale of the company today, my leadership team is very important to me,” he added. 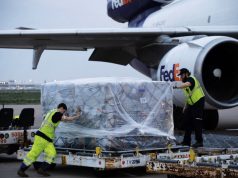