Claiming it is “creating magic in the clouds”, top officials of creatives company Adobe launched its Experience Cloud, bringing together digital intelligence and machine learning to provide customers with what they called was a complete solution for their digital needs….writes Hardev Sanotra

Integrating its advertising, marketing and analytics with back-up from documentation and creatives — now completely available on the Cloud — Adobe’s Chariman, President and CEO, Shantanu Narayen, said that this will provide their clients enormous advantage since it would be leveraging Adobe’s Sensei – the machine learning and artificial intelligence capabilities.

Cloud computing is a service offered by technology companies for all the software needs of their clients who access them through the internet or leased lines. Companies can avail of these services by paying a fee, thus avoiding setting up computer networks inhouse.

“For creating this magic in the clouds we have taken the best learning from various areas, including artificial intelligence, and adopted it for the needs of companies both big and small,” Narayen told thousands of company officials, industry analysts and representatives of partner companies while launching the Experience Cloud.

Adobe is best known for its Photoshop, Illustrator and Acrobat Reader – the pictures editor, designing software and portable document writer. The company says it now has hundreds of products offered on the Cloud.

He said the interest associated for the company’s product in sophisticated and emerging markets “is profound” adding that in Asia, Adobe has a very large number of clients, including multinational companies.

“Our biggest journey has been to make the customer feel he is in charge and that he is getting transparent service,” Narayen later told reporters and industry analysts in a question and answer session.

In response to a question on security of data where governments seek on its citizens, Narayen said they were working with others like Microsoft to arrive at a common approach, which the tech giant was working on regarding its global network of data centres called Azure.

Narayen also ruled out setting up Cloud infrastructure in the future, saying their’s was essentially a software company which could access large computer banks from companies which specialise in such businesses.

Later, on the sidelines of the Adobe’s Summit conference, the Managing Director of South Asia, Kulmeet Bawa, said that India was a very important market for the San Jose, California-based multinational and that Indian operations were the second largest outside the US.

He said much of the intellectual property of the company had lately been developed in India.

He said even for R&D, almost one-third operated from India and many products were built out of the country, including the illustrator – in two places, Gurugram and Bengaluru.

He said the key differentiator of Adobe was that it provided complete digital solutions to customers on the cloud and hand-held them throughout the relationship.

“For a fee, we set up everything that a client may need for any digital work. Earlier, a company would need to set up the infrastructure, hire staff to man it and buy new updates. We do all that without the attendant hassle for them and they love it,” Bawa said.

He also said that India was the fastest growing country in Adobe’s portfolio and many of the best names in online retail, telecom, airlines and banking were its clients.

“When we look at a vertical, we first aim at the top companies and after they feel satisfied, getting other clients is not so difficult.”

Bawa said that there was widespread acceptance of what was on offer on the Cloud. The concern of yesteryears – security of data – is vanishing, as Adobe and other companies deliver reliable and secure cloud services.

The fast-moving changes in technology has made data much safer than before, he said. 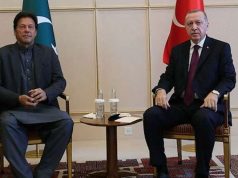 IMF asks Pakistan to sign FTAs with other countries