More sluggish-than-expected response may lead Apple to discontinue the first-generation iPhone X around mid-2018 as the second-generation model is set for launch later this year, an analyst associated with Taiwanese business group KGI Securities has said.

According to Ming-Chi Kuo, the most famous analyst with KGI Securities when it comes to Apple, the Cupertino-based giant will not sell iPhone X at lower price as it will hurt its other products in the lower-priced premium segment.

Kuo estimated that Apple would ship about 18 million iPhone X units in the January-March quarter in 2018, MacRumors reported late on Monday.

“We expect iPhone X will go to end of life (EOL) around mid-2018 and that total life cycle shipments will be around 62 million units, lower than our previous forecast of 80 million units,” the analyst said.

“Additionally, to sell iPhone X at a lower price may have a negative impact on shipments of the new 6.1-inch LCD iPhone in 2H18,” the analyst predicted.

Weaker-than-expected demand for iPhone X in China has led market analysts to revise down shipments for the first half of 2018.

According to Kuo, iPhone X is not yet compatible with many popular Chinese apps, leading many customers to see it as offering less usable screen space than 5.5-inch iPhone Plus models.

“This confusion, coupled with the high price of iPhone X, is thought to have undercut replacement demand,” the report added.

Kuo, however, said the overall iPhone shipments will maintain year-on-year growth of 0-5 per cent over the first half of 2018. 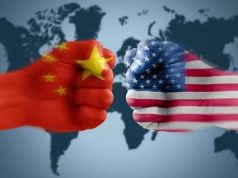