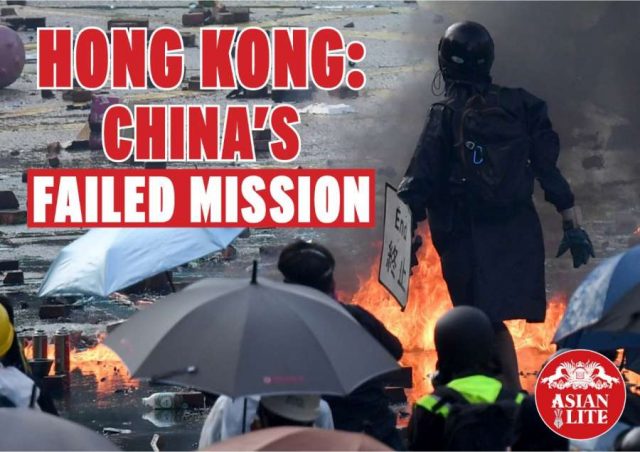 Despite heavy-handed crackdown on pro-democracy protesters, the unrest in Hong Kong is spiralling to derail China’s plans in the former British colony. China is expecting the people of Hong Kong would get used to the “one country, two systems” and move towards “one country, one system”. That hope has been shattered. They did not anticipate that protests would erupt over a singularly innocuous extradition law….writes Dr Adarsh Madhavan

Beijing is angry. Despite all their efforts, Hong Kong is still fuming and the support to pro-democracy is growing. In the latest episode, more and more civil servants are supporting the students. Thirty-one civil servants have been suspended after they were arrested for taking part in the protests.

Secretary for the Civil Service Joshua Law said dozens of public sector workers were held by police for joining unlawful assemblies, as of December 31, 2019, and warned those convicted faced losing their jobs permanently, reports the South China Morning Post. Law said the decisions to suspend arrested civil servants were made in the public interest.

In a letter to all the city’s civil servants in November, Law had said that staff could face immediate suspension or other disciplinary action if they were arrested for taking part in unlawful public activities. Sparked by the now-withdrawn extradition bill in June 2019, the protests have since morphed into a wider anti-government movement.

It’s almost six months since pro-democracy activists launch their protests in Hong Kong. The Chinese state system has patiently waited for the protests to peter out, knowing fully well that any hard police action against the Hong Kong protestors will have international repercussions. While President Xi Jinping had rhetorically remarked that anti-state elements will have their “bones crushed”, in an obvious reference to those protesting in Hong Kong protestors there for the first time in December 2019.

Further, the Chinese were caught by surprise by the intensity of feeling expressed by the people of Hong Kong for the preservation of basic freedoms. The Communist Party of China (CPC) having taken over Hong Kong in 1997 assumed that, over a period of time the people of Hong Kong would get used to the “one country, two systems” and move towards “one country, one system”. That this has not happened should have become apparent when the residents of Hong Kong took to the streets in large numbers in June 2019.

Additionally, the Chinese mainland has not been immune to the stories coming out of Hong Kong, even though the Chinese state portrays the Hong Kong protests as a small, violent gang of protesters, unsupported by residents and provoked by foreign agents, are running rampant, calling for Hong Kong’s independence and tearing China apart. Notably, the Communique of the 19th Central Committee of the Communist Party of China (CPC) Fourth Plenary Session (Beijing, 31 October 2019) upheld the ‘principle of “one country, two systems,” maintaining lasting prosperity and stability in Hong Kong and Macao, and promoting the peaceful reunification of China’.

Shen Chunyao, a senior official from the Hong Kong and Macau Basic Law Committee, was one of the speakers at the press conference after the 4th Plenum. He stated that China was looking to “perfect” the system of appointing and replacing Hong Kong’s leader. BBC World quotes Shen as saying at the press conference that “of course” the topic of the protests was discussed at the Plenum, adding that leaders discussed ways “to improve the central government’s mechanism of appointing and removing Hong Kong’s chief executive and other key officials”, adding that Beijing would “improve the central government’s system of governance over the region”. This speaks a lot about China’s preference to continue with the Basic Law and system of governance introduced by China in 1997.

The other factor of import is that the CPC did not visualise the international support that the protestors in Hong Kong would garner. Consequently, there has been a reluctance to break the boundaries of the Basic Law, which the CPC put in place to rule Hong Kong, to use force to overpower the protesters. A reading of the numerous statements made by the Party leadership indicate that the party line is to go slow on the crackdown, essentially a watch and wait policy. This decision has also sent out a negative signal about the Chinese leadership’s cautious approach when it came to tackling the popular protests in Hong Kong. China’s method of dealing with popular discontent in Xinjiang and Tibet has witnessed the brutal application of force.

Internally, the protests have hit China’s financial capital Hong Kong, which is also a major stock market for top Chinese firms such as Alibaba to launch IPOs. It is also the world’s top non-mainland Yuan clearing centre. Since the protests began, tourism has almost halved, while retail sales have dropped by almost a quarter. International finance and real estate in Hong Kong are unaffected for the time being, but Hong Kong entered a recession last quarter for the first time in a decade. These are worrying signs and mainland China is obviously concerned as Hong Kong is also by far the biggest offshore clearing hub for the Renminbi, accounting for more than 70 percent of deals. Now that the Chinese economy is on the downslide, it would be foolhardy to assume that all well in Hong Kong.

Externally, the protests have had an impact on relations with the US. The US under President Donald Trump signed two bills into law in end-November 2019, supporting the protestors in Hong Kong. The “Hong Kong Human Rights and Democracy Act,” which was passed 417 votes to one by the US Congress requires the US State Department to certify that Hong Kong is sufficiently autonomous to retain its special US trading consideration. Under that designation, the Region is not subject to the tariffs levied on China. The bill also sets up the potential for sanctions on people responsible for human rights abuse in Hong Kong.The second bill bars the sale of munitions such as tear gas and rubber bullets to Hong Kong police.Losing Hong Kong’s special status would be a major blow to its economy, which has already tipped into recession amid the ongoing unrest. 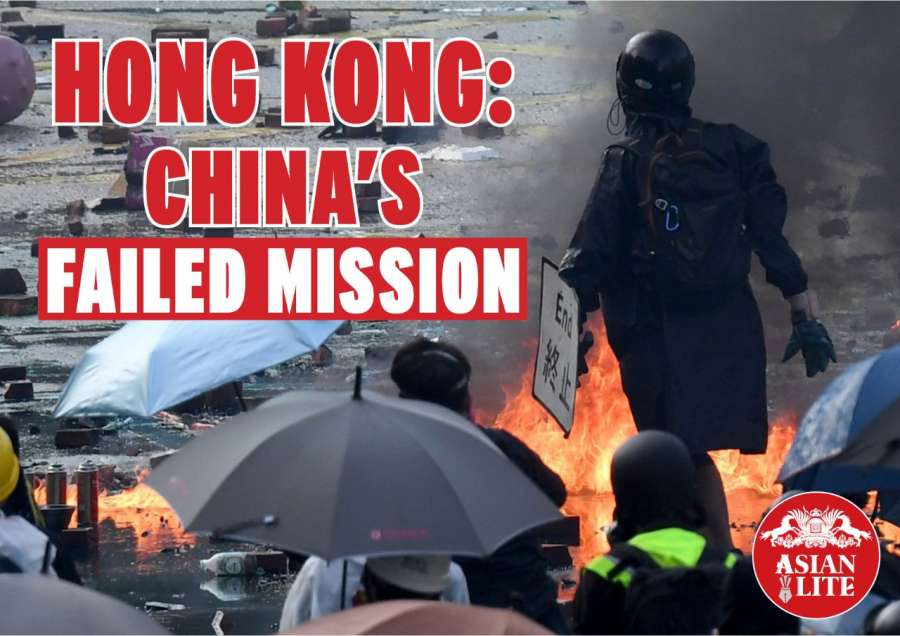 The Hong Kong protests have had another impact. The protests have spread to cities and college campuses across the world. These protests have also challenged international businesses, and attracted the support of foreign governments as well as politicians of contrasting ideological stripes. Crucial to this view is the fact that China has used every trick up its sleeve to drum up support in ‘friendly’ countries and their institutions to stack up against those in favour of the Hong Kong protests. This has had a degree of success, but the larger issue remains.

The Chinese state clearly has a challenge on its hands; the Hong Kong protests are not going to disappear overnight. What is apparent from this experience is that unless the CPC changes its mind on how to tackle dissent in Hong Kong, the problem will not go away. More so, with pro-democracy candidates winning hugely in the recent Legislature elections, it becomes more difficult to handle the situation. That is the real challenge for China as it heads into the New Year.