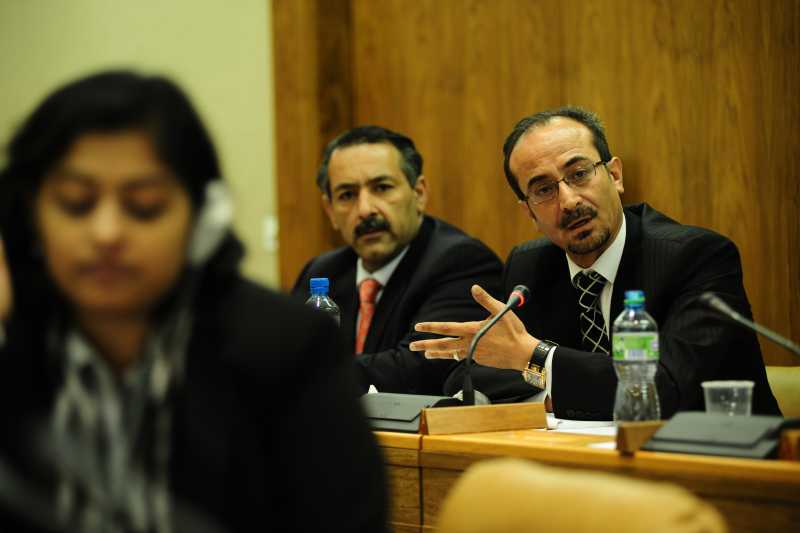 India’s demand for concessions on food subsidy as a quid quo pro to a pact to simplify procedures on global commerce may have blocked the first major step forward in the 19-year history of the World Trade Organisation (WTO). But that does not mean the global trade talks have collapsed.

India, per se, was not opposed to the pact on what is called trade facilitation when the diplomats from the 160 member countries of the WTO met in Geneva last month and set July 31 as an informal deadline to sign on the dotted line.

It was then to be ratified at the 10th Ministerial conference next year.

But India wanted to take no chances and assumed the role of a tough negotiator, having been short-changed in the past. In the decade before the WTO was formed on Jan 1, 1995, New Delhi’s views, along with those of the developing world, were simply ignored.
At the core of India’s demand is food security for its 1.2 billion people, the bulk of whom live on the doles given by the government in the form of subsidised grain. This is guarantee under Indian statute, having enacted the National Food Security Act, 2013.
Officially, this programme is set to cost the exchequer Rs.1,31,086 crore ($21 billion) annually and there was no way Indian interlocutors in Geneva could have conceded to a pact that could potentially go against a domestic law, as also the larger issue of food security.
Related to it were two more aspects – the subsidy to farmers to buy plant nutrients and the periodic announcement of a minimum support price by the government, based on which the state agencies pay farmers higher-than-market price under its public procurement and distribution programmes.
The draft multilateral pact proposed a freeze on the extent to which governments can buy farm produce at a non-market driven rate. The 9th Ministerial Meeting at Bali in December 2013 called for a permanent solution on this issue by 11th such conference, due in 2017.
It was also agreed that till 2017, no country can move the dispute settlement body of the WTO against another member if its government was found to be breaching the level of subsidy freeze that was permitted – this was officially termed as the peace clause.
True, the above issues were not part of the trade facilitation pact. Also true that for the agreement on stockpiling of food, the previous WTO Ministerial Meeting in Bali had set a December 2017 deadline. So one can argue that India had time till then. But India’s concern has been: What if no permanent solution is found by 2017? In such an event, the peace clause will expire and member countries would be free to drag India to the WTO – and the outcome would not have been in New Delhi’s favour.
India has also maintained all along that the Doha round of trade negotiations had called for a single undertaking – that is conclude all issues together. But in Bali, diplomats felt people at large must see some movement forward and low-hanging fruits should be tapped.
These were to form a part of the early harvest programme.
Accordingly, it was agreed that the trade facilitation pact, on which there is agreement among member countries, should be ratified separately. Apart from ease of commerce, it is potentially seen as adding $1 trillion to global trade and create 21 million jobs. But New Delhi was wary given the way trade pacts were finalised in the past.
US pressure on India, accordingly, also did not work. Two emissaries were sent to New Delhi: Commerce Secretary Commerce Penny Pritzker with this specific mandate and Secretary of State John Kerry for supplementing her efforts. But Prime Minister Narendra Modi, echoing what his Commerce Minister Nirmala Sitharaman and Finance Minister Arun Jaitley had already said before, made it clear India will not compromise its people’s food security and livelihood.
At the same time, it is also not as though all is lost and if the July 31 deadline has been missed, it is curtains for the trade facilitation pact. Even before the diplomats left WTO headquarters disappointed, moves were afoot to meet again in September.
“I invite you all to use this time to think carefully about what the next steps might be… reflect long and hard on the ramifications of this setback… We should take the time to reflect, come back in September,” WTO Director General Roberto Azevêdo said.
During last month’s talks, there was also this threat of isolating India. But this was mere posturing, going by what diplomats said privately. Going forward, August will be crucial for behind-the-scenes parleys. But India’s basic stand is unlikely to alter.