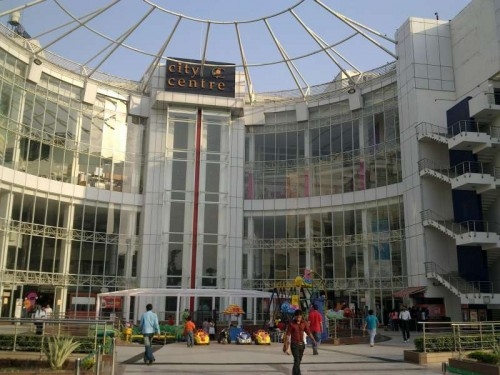 With 95 operational malls in an around Delhi, the National Capital Region has emerged as the mall capital of India but only 12 of them are successful as people used its air-conditioned confines not just for shopping but often only to escape the heat, says a study.

There are around 255 operational malls in the top seven cities of India including Delhi, Mumbai, Pune, Bangalore, Kolkata, Chennai and Hyderabad. Among them Delhi is seen as the best bet to host successful, large malls, despite the low success ration, says realty services major JLL India.

Mumbai, on the other hand, fares better with 10-15 successful malls out of the total of 35-46 malls that are operational, followed by Bengaluru with seven successful ones out of the 34 that are functional and Kolkata that has six successes out of 15 that are in operation.

“No other city comes close to the number of operational malls found in Delhi-NCR. It is mainly because of the huge population of the city, coupled with the spending culture and the weather conditions over here,” Pankaj Renjhen, managing director for retail with JLL India, said.

Primarily, the success rates of malls vary, usually depending on factors like design and layout, brand positioning, location and how well they cater to the needs of their target segments.

In the case of Delhi, the JLL study is positive on its mall culture, despite the relatively low success rate. “It is also evident that the city of Delhi has better potential in terms of well-performing large-sized malls,” it said, adding just four shut down and one became office space.

“In Delhi NCR the propensity to spend is higher. Also the city is exposed to long period of heat, which prevents people from shopping in the high streets. They look for more comfortable options like malls,” Mohit Bahl, partner, KPMG in India, said.

He said the retail industry in India was in an evolution process, with 85-90 percent of it being in the unorganised space. “Retailers are still looking for good quality real estate. The spot of the real estate is very important as a lot depends on the catchment area,” Bahl added.

Some of the more successful shopping malls in the NCR, like Select City Walk in Saket, Ambience Malls in NH-8 and Vasant Kunj, the DLF malls in Saket and Vasant Kunj, the Pacific Mall in West Delhi and MGF Metropolitan Mall in Gurgaon, employ professional tenant management teams, it said.

These teams then decide on the brands to be leased spaces in these malls. They also evaluate the placement of different brand retail stores, revenue targets to decide continuation of lease agreements, branding, and promotions and customer outreach events in the atrium.

The first mall off the blocks was Ansal Plaza in south Delhi, which became operational in 2000.

“NCR’s ubiquitous position has made it India’s Mall Capital. It is the sheer size of the city and vast catchment area that matters much. The NCR has also flourished because of its suburbs,” said Shashank Jain, partner, transaction services, PricewaterhouseCoopers.

The JLL study said locational accessibility was among critical aspects contributing to a mall’s success. On the other hand, apart from an existing high-street culture in an area, other reasons for failure could be the lack of a proper design and layout, and brand placement.