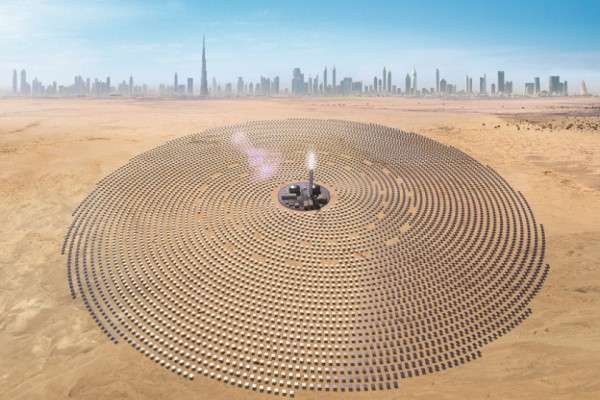 The financing for Phase 3 of the Mohammed bin Rashid Al Maktoum Solar Park in Dubai has been completed. This marks the latest significant milestone for the Masdar-led consortium, with EDF Group’s subsidiary, EDF Energies Nouvelles, which is developing the 800-megawatt (MW) project in partnership with Dubai Electricity and Water Authority (DEWA)….reports Asian Lite News

Following the agreement, the third phase of the Mohammed bin Rashid Al Maktoum Solar Park becomes the largest renewable energy project in the Middle East to receive Sharia-compliant financing, which is one of the fastest-growing segments of the global financial market.

“DEWA has adopted the Independent Power Producer (IPP) model to build the 800MW third phase of the Mohammed bin Rashid Al Maktoum Solar Park. It has generated international interest from global business and energy companies, which reflects the trust and interest from international investors in large projects adopted by Dubai Government. This has been supported by the favourable existing regulatory and legislative frameworks in Dubai that enable public-private partnerships. The project has also set a global benchmark in solar tariffs at a price of 2.99 US cents per kilowatt-hour, a world-record-low tariff for solar power generation. The third phase will be operational by 2020,” said Saeed Mohammed Al Tayer, MD & CEO of DEWA.

“The Mohammed bin Rashid Al Maktoum Solar Park is the largest single-site solar park in the world based on the IPP model, and is instrumental to the Dubai Clean Energy Strategy 2050. The solar park’s production capacity will reach 5,000MW by 2030 with investments totalling AED 50 billion. It will eventually save over 6.5 million tonnes of carbon emissions every year, supporting Dubai’s objectives to promote its sustainable goals,” added Al Tayer.

“The financing of the third phase of the Mohammed bin Rashid Al Maktoum Solar Park clearly demonstrates the confidence which the multinational lender community has in this important project, and underlines the compelling business case for renewable energy today. The involvement of Islamic investment in the project financing is especially pleasing, and will pave the way for further Sharia-compliant investment in the clean energy” said Mohamed Jameel Al Ramahi, Chief Executive Officer of Masdar, Abu Dhabi Future Energy Company.

“Construction of the third phase of the Dubai Solar Park is progressing as scheduled thanks to the close involvement of DEWA and the collaborative efforts of all shareholders. This project is a model for successful public-private renewable energy partnerships, which not only contributes to the UAE’s strategic objectives, but also sets an example globally,” added Al Ramahi.

EDF Group, via its subsidiary EDF Energies Nouvelles, a market leader in renewable energy electricity, recently joined Masdar as a co-partner to support the project.

“The completion of this sophisticated financing represents a major milestone in the implementation of the third phase of the Mohammed bin Rashid Al Maktoum Solar Park in Duba?. This project is a perfect illustration of EDF Group’s CAP 2030 strategic ambition for renewable energy. The commitment from international financial institutions alongside Middle-Eastern financial institutions has been instrumental to the delivery of this important project, in partnership with Masdar and DEWA,” said Antoine Cahuzac, EDF Group’s Senior Executive Vice President, Renewable Energies and CEO of EDF Energies Nouvelles.

The 16 square-kilometre 800 MW photovoltaic plant will be the largest of its kind in the world on completion, generating around 2.5 million megawatt-hours of electricity per annum on completion. Unlike conventional solar power arrays, the third phase of the solar park will use tilting panels that track the sun, thereby maximising output.

The plant is being delivered in three stages. Considerable progress is being made on site, with drilling and piling works underway for the placement of photovoltaic panels. Completion of Stage A is due in 2018, the 300MW Stage B in 2019, and the final 300 MW Stage C in 2020. 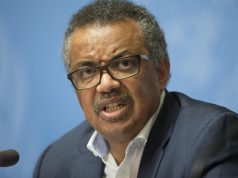