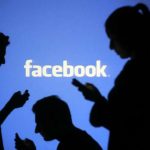 It would be its biggest ever penalty. The social network is yet to decide if it will try to reduce the sum.In addition, the regulator said it intended to bring a criminal action against Cambridge Analytica’s defunct parent company SCL Elections.

And it said it had also written to the UK’s 11 main political parties compelling them to have their data protection practices audited.

This, the Information Commissioner’s Office explained, was in part because it was concerned they could have bought lifestyle information about members of the public from data brokers, who might have not have obtained the necessary consent.

In particular, the ICO raised concern about one data broker: Emma’s Diary. The firm offers medical advice to pregnant women and gift packs after babies are born.

The ICO said it was concerned about how transparent the firm had been about its political activities.

It said that the Labour Party had confirmed using the firm, but did not provide other details at this point beyond saying it intended to take some form of regulatory action.

The service’s owner Lifecycle Marketing could not be reached for comment. But it has told the Guardian that it does not agree with the ICO’s findings.

The ICO’s action comes 16 months after it began an ongoing probe into political campaigns’ use of personal data during the Brexit referendum campaign.

Over the period, it emerged that Facebook had failed to ensure that a London-based political consultancy – Cambridge Analytica – had deleted personal data harvested about millions of its members in breach of the platform’s rules.

Before its collapse, Cambridge Analytica insisted it had indeed wiped the data after Facebook’s erasure request in December 2015.

But the ICO said it had seen evidence that copies of the data had been shared with others.

“This potentially brings into question the accuracy of the deletion certificates provided to Facebook,” it said.