The Detroit-based company previously said that it would invest $4.5 billion in electric products by 2020, and on Sunday it said that this number would rise to $11 billion.

“The 11 billion you’re seeing means we’re all-in now,” Xinhua quoted Ford as saying. He added that the only question is whether the customers will be there with them.

Ford believed that the answer would be positive.

According to Ford executives, the company plans to add 16 electric and 24 hybrid vehicles to its global line-up by 2022.

At the 2018 North American International Auto Show here, Ford also announced that by 2020 it would build a hybrid F-150 pickup, its bestselling vehicle.

“We want to show that the company is electrifying all iconic vehicles,” said Jim Farley, President Global Markets for Ford. 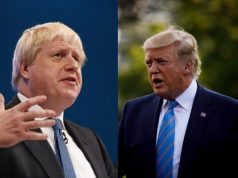