Hackers have stolen more than $400,000 of cryptocurrency Stellar Lumen in a savage cyberattack on the digital wallet provider BlackWallet. BlackWallet tried to warn users about the attack via forums. However, many users continued to log in and lose money….reports Asian Lite News 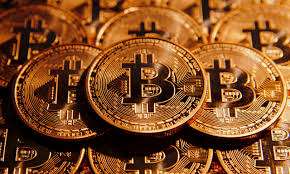 Hackers broke into the digital wallet provider BlackWallet and stole its “Stellar” cryptocurrency worth $400,000, the media reported.

According to reports, an unidentified group hijacked the server that hosts BlackWallet and stores the virtual currency.

“In a statement sent out by its founder, open source online Stellar wallet BlackWallet has claimed to have been hacked,” a media reported late on Monday.

The attack apparently was a phishing attack aimed at the blackwallet.co’s hosting provider.

“Posting on Reddit, user ‘orbit84′ posted that a hacker gained access to his hosting provider account and changed the DNS settings to his own hosted version of Black Wallet. The attackers’ wallet, which the author posted a link to, appears to have amassed around $400,000 worth of cryptocurrency ‘Stellar’,” the report added.

BlackWallet tried to warn users about the attack via forums. However, many users continued to log in and lose money, according to tech news site Bleeping Computer.

The hackers have reportedly moved the money to Bittrex — a virtual currency exchange, where they are likely to convert it into another digital currency to hide their tracks.

Earlier this month, Marko Kobal — the co-founder of Slovenian Cryptocurrency mining market NiceHash that lost over $60 million in a Bitcoin hack in December — stepped down as the company’s CEO.