Among all future technologies, AI has been hailed as the next big thing and is steadily becoming the driving force behind tech innovations and existing product lines across industries — going further from just being part of Internet of Things (IoT)-enabled home appliances and smartphones.

Market research firm Tractica forecasts that the revenue generated from the direct and indirect application of AI software will grow from $1.38 billion in 2016 to $59.75 billion by 2025. According to IDC, the cognitive systems and AI market (including hardware and services) will grow to $47 billion in 2020.

To make sense of data on Cloud, data miners need to decode and align it in order to deliver enhanced experiences to customers and they can’t do this mammoth task alone.

Here is where AI — their “virtual colleagues” — steps in to help them deliver “enterprise-grade” Cloud that scales to the requirements of the market and benefits all industries.

“When I say an ‘enterprise-grade’ Cloud, I mean that we have a global network of data centres. We have about 55 data centres worldwide, offering a full range of services that includes virtualised infrastructure,” Vikas Arora, Country Manager, Cloud Business, IBM India and South Asia, said.

Present in India since 1951, IBM India has expanded its operations with regional headquarters in Bengaluru and offices across 20 cities. 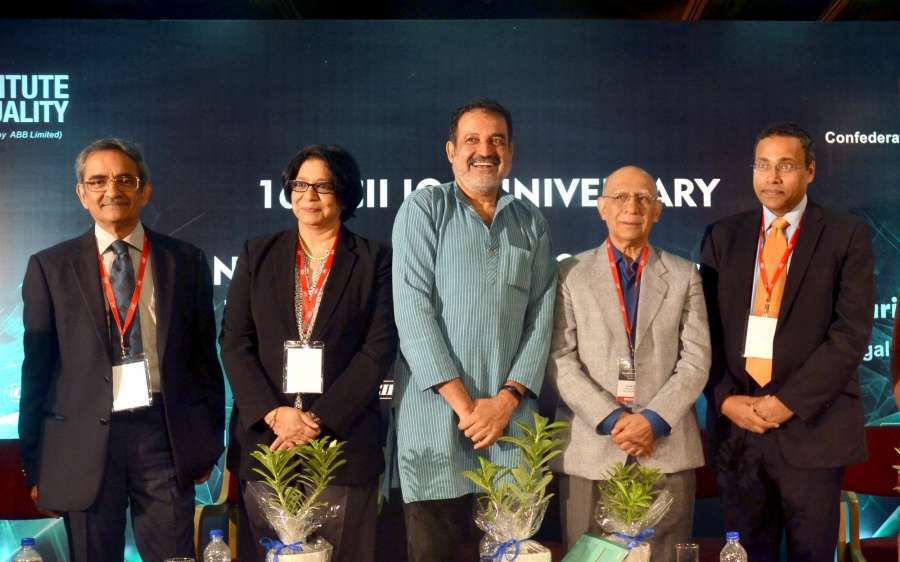 IBM has research centres in Delhi and Bengaluru; software labs in Bengaluru, Gurgaon, Pune, Hyderabad and Mumbai; India Systems Development Labs (ISDL) in Bengaluru, Pune and Hyderabad; a Cloud data centre in Chennai; and eight delivery centres across the country.

With over 55 Cloud centres in 19 countries, IBM Cloud is the leader in Enterprise Cloud. IBM’s $14.6 billion cloud business grew 35 per cent in the first quarter this year.

With a market capitalisation of over $135 billion, IBM, which traditionally has been manufacturing and selling computer hardware and software, has now forayed into areas like AI and cognitive analytics.

The company now provides tools for data management that are able to analyse the data — be it on public or private Cloud — so as to translate it into useful insights.

“What makes us different is that our Cloud is built for the cognitive era. There are many robust artificial intelligence capabilities with us, led by ‘IBM Watson’,” Arora said.

IBM Watson is an intelligent cognitive system. With it, people can analyse and interpret data, including unstructured text, images, audio and video, and develop personalised solutions.

Watson now has a new cognitive assistant, the “MaaS360 Advisor” that leverages its capabilities to help IT professionals effectively manage and protect networks of smartphones, tablets, laptops, IoT devices and other endpoints.

When it comes to the Indian Cloud ecosystem, CTOs and CEOs want to control their data on-premises.

“I think it’s not as much about control. It is basically about trying to get the most out of whatever investments have already been made. So we don’t see control other than, of course, in industries that are heavily regulated where they need control,” Arora explained.

More than control, added the IBM executive, it’s efficiency and return-on-investments that drive large enterprises — but it is different for mid-sized organisations.

“For them, it’s more about reducing the headache of handling an IT department, building an infrastructure and having someone managing it. Mid-sized organisations tend to struggle on this point as this isn’t their core business,” Arora said.

When it comes to working with the government in the country, IBM sees a positive trend emerging. “Today, government departments have a clear set of guidelines as to what a Cloud environment should deliver in terms of capabilities, operational management, security and sovereignty,” the IBM executive maintained.

Among Small and Medium Enterprises (SMEs), new IT spend is giving Cloud a big push.

“SMEs are not hesitant any longer to go for New-Age IT initiatives because they are not relying on a hardware vendor or a small system integrator and aim to have a world-class IT environment in Cloud, without having to have a particular IT department around it,” Arora said.