India has filed an appeal against the World Trade Organisation (WTO) panel ruling on its complain, the WTO said. India appealed as the ruling was in favour in some parts and not in some others. 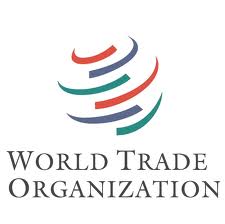 The WTO panel ruled in favour of India against US imposition of duties as it was inconsistent with the WTO law on subsidies.

According to India’s department of commerce, the WTO panel held that the US law mandating cumulation of non-subsidised imports with subsidised imports while determining injury in a CVD investigation was inconsistent with WTO obligations.
This ruling potentially questions the validity of a number of other CVD proceedings conducted by the US on products of Indian origin, the commerce department said last month.
It said the government was undertaking an evaluation of all other products of Indian origin on which the US applied the same provision to arrive at CVD.
This provision has been in existence in the US for many years and India was the first country to successfully challenge this provision.
According to the Indian government, the panel held that the US had no factual basis to hold that the grant of mining rights for iron ore and coal was a subsidy.
The WTO panel also held that the US should not have ignored market prices available in India while determining the amount of subsidies, if any.
What made India unhappy was that the WTO panel did not consider the Indian claims on the method of calculating the subsidies and that NMDC was not a public body within the meaning of WTO law despite an earlier ruling on the contrary.
In 2012, India had complained to the WTO on the countervailing measures taken by the US on certain hot-rolled carbon steel flat products shipped from India.
The products were made by Indian steel makers like Tata, Essar and Jindal with iron-ore supplied by the NMDC, a state-controlled mineral producer.
Countries like Australia, China, Canada, Saudi Arabia, Turkey as well as the European Union impleaded themselves in the case as third parties.
The WTO panel circulated its report July 14.