India’s richest, just 1 per cent of its 1.3 billion people, grossed 73 per cent of the wealth generated in 2017 while the wealth of the poorest half of Indians — some 67 crore — rose by only one per cent, according to a report by Oxfam.

The report, launched on Monday ahead of the gathering of some of the world’s richest at the World Economic Forum here, said the wealth of India’s elite went up last year by Rs 20,913 billion — an amount equivalent to the government’s total budget in 2017-18.

The Davos event is being attended by Prime Minister Narendra Modi. Oxfam India has urged him to ensure that the “economy works for everyone and not just the fortunate few” in line with the government’s ‘sabka saath, sabka vikas’ slogan.

“It is alarming that the benefits of economic growth in India continue to concentrate in fewer hands. The billionaire boom is not a sign of a thriving economy but a symptom of a failing economic system,” said Nisha Agrawal, CEO of Oxfam India.

“Those working hard, growing food for the country, building infrastructure, working in factories are struggling to fund their child’s education, buy medicines for family members and manage two meals a day. The growing divide undermines democracy and promotes corruption and cronyism.”

The report, ‘Reward Work, Not Wealth’, has also found that India’s top 10 per cent of population have 73 per cent of the total wealth in the country.

“Indian billionaires’ wealth increased by Rs 4,891 billion – from Rs 15,778 billion to over Rs 20,676 billion,” it said, adding the amount of Rs 4,891 billion was sufficient to finance 85 per cent of the budget on health and education in all Indian states.

It said India added 17 new billionaires last year, raising the number to 101. But 37 per cent of the these billionaires inherited the wealth from their families.

“If we assume that in the next 20 years, at least Rs 10,544 billion will be passed on to the inheritors and on that if 30 per cent inheritance tax is imposed, the government can earn at least Rs 3,176 billion.”

This will be sufficient to finance six crucial services — medical and public health, family welfare, water and sanitation, housing, urban development and labour and labour welfare in the country. 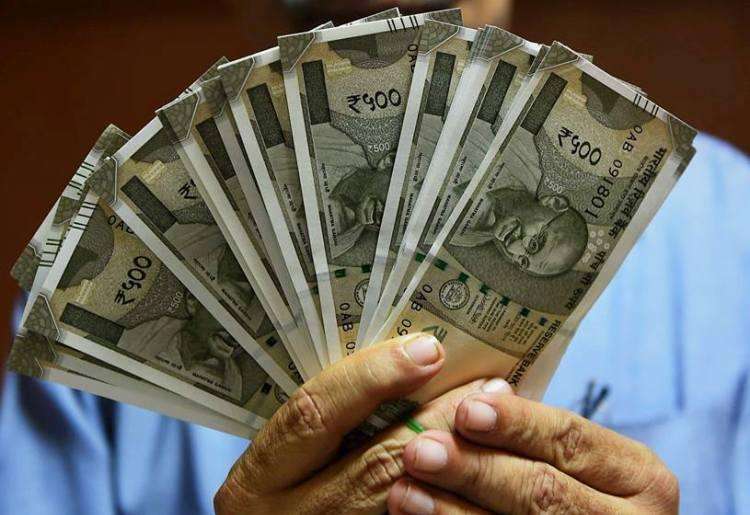 The report said at least one in every two workers in the garment sector in India were paid below the minimum wage. By those standards, the report said, “it will take 941 years for a minimum wage worker in rural India to earn what the top paid executive at a leading Indian garment firm earns in a year”.

Oxfam called upon the government to promote “inclusive growth by ensuring that the income of the bottom 40 per cent of the population grows faster than of the top 10 per cent” to close the income gap.

“This can be done by encouraging labour-intensive sectors that will create more jobs; investing in agriculture; and effectively implementing the social protection schemes that exist.”

It said the government must also seal the leaking wealth bucket by taking stringent measures against tax evasion and avoidance.

The income gap can also be reduced by “taxing the super-rich by re-introducing inheritance tax, increasing wealth tax, reducing and eventually do away with corporate tax breaks and creating a more equal opportunity country by increasing public expenditure on health and education”, it said.

The charity said the government must also bring data transparency, produce and make available high quality data on income and wealth and regularly monitor the measures it takes to tackle the issue of rising inequality.