Home Business Is there any threat to nation’s favourite drink?
Advertisements 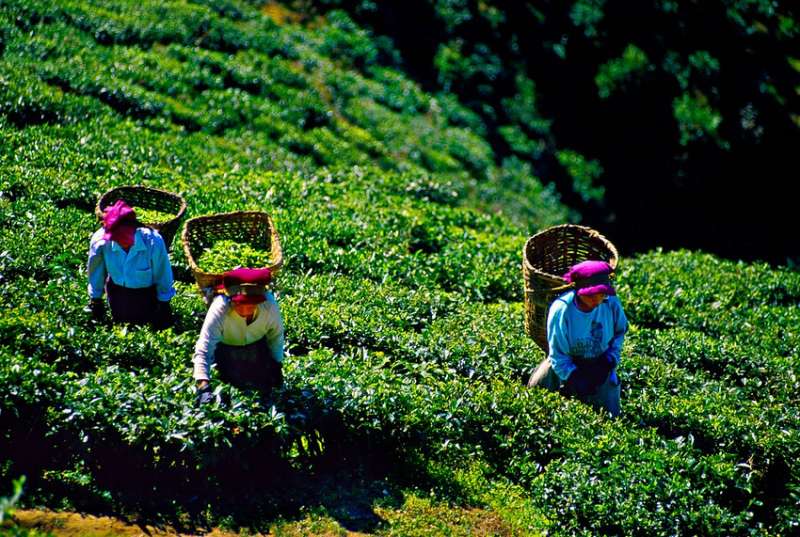 In the backdrop of the just-concluded COP21 talks in Paris, as nations across the world discussed ways to tackle the monster called climate change, back home, India’s favourite beverage, tea, is facing some major challenges as a result of it – from low yield to new pests.

Scientists at India’s Tocklai Tea Research Institute (TRI) say that erratic rainfall over the years is a major concern for the tea industry. The first flush – the early leaves which are delicate and have a gentle aroma – which is harvested mid-March, has been affected by the changing rain patterns.

R.N. Bhagat, one of the scientists at Tocklai, said: “In the last 100 years in Assam, we have lost around 22.1 cm of rainfall. With this decrease and a shift in rainfall distribution, the tea industry is losing the first flush that comes in March-April. Spraying of fertilizers is timed with the rainfall pattern, but with no rain, the fertilizers have no impact.”

Then again, with no rain, the relative humidity in March-April is also lowering, further affecting the first flush. “It used to be 80 percent, but in 2015 it was recorded around 52-54 percent,” Bhagat told IANS.

In a discussion organised by the Centre for Environment Education and The Third Pole under the Indian Himalayas Climate Adaptation Programme (IHCAP), Bhagat said that tea is a self-adapting plant and has been sustaining rising temperatures – the summer saw more than 35 degrees Celsius, while tea grows ideally between 13-30 degrees C.

Even then, it cannot tackle all changes – like a spurt in new pests as a result of changing weather patterns.

N. Muraleedharan, director of Tocklai, said: “White flies is a new species of pest which has been reported mostly from the Assam belt. It is minute and travels in hoards. There has also been increase in pests like thrips, tea mosquitoes, scale insects and green hoppers, as a result of which the intensity of damage on tea is more.”

“As a result of change in weather patterns, there is a decrease in leaf quality too,” he went on to say.

What all of this translates into is production being affected. And to increase production, the tea managements generally use more chemicals, leading to more biotic stress on the plant. According to the scientists, there are two kinds of stress – abiotic (drought, flood) and biotic (pests and the like caused by flood and drought).

“This also means that the total production cost of the tea estates is increasing. Earlier Rs.4,000-5,000 was used for pesticides, per hectare. Now it has gone up to Rs.20,000-25,000. Irrigation costs have also increased,” Bhagat said.

With such multi-pronged challenges being thrown at tea by changing environmental conditions, scientists are now working on developing clones that would have the best chances of survival in the future.

“We have simulated future scenarios of climatic conditions, like higher carbon dioxide, and are looking at how tea plants behave. In one or one and a half years’ time, we should be able to announce future clones to the industry,” Bhagat said.

Scientists also developed a seed-stock that is drought resistant and released it in September on an experimental basis, which got good results.

The changing climatic conditions and more pests have also steered many gardens into adopting indigenous plants that are naturally repel tea-harming insects. “In this matter, organic tea is much more climate resilient than the chemical version. And its demand is high too. But it is more expensive,” Muraleedharan said.

So, it is an uncertain future for the steaming cup of ‘chai’ in your hands. But, as experts keep brainstorming to keep the deluge of problems from the tea plants, the good news is that all hope is not lost. Not yet.