The e-commerce giant first applied for this domain in 2012 but its approval took seven years because a group of South American countries through which the river Amazon flows, raised objections.

However, in a meeting last week, ICANN’s board finally made a decision that it has repeatedly sought to avoid for all these years, The Register reported on Tuesday.

“The Board finds the Amazon corporation proposal of April 17, 2019 acceptable, and therefore directs the ICANN organisation’s President and CEO, or his designee(s), to continue processing of the ‘.amazon’ applications according to the policies and procedures of the New gTLD Programme,” the report quoted ICANN as saying in an official document.

The company is likely to get control of its internet namesake later this summer.

Amazon intends to use the domain with its multiple business streams “so we may see internet addresses like ‘books.amazon’ and ‘alexa.amazon’ before the end of the year”, the report added. 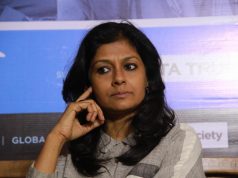