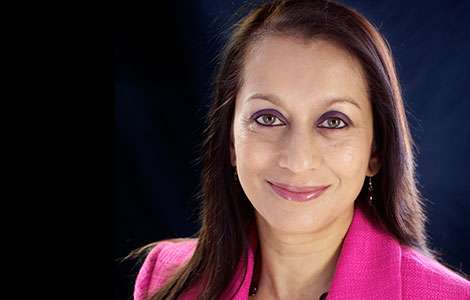 Digital Entrepreneur and STEM evangelist, Lopa Patel MBE, was named as one of the latest recipients of the Queen’s Award for Enterprise Promotion, becoming the first Asian woman to receive the award.

She is also the first Asian woman to be elected as a Fellow of the Chartered Institute of Marketing and is also a Fellow of the RSA, the Royal Society for the Encouragement of Arts, Manufactures and Commerce.

The Queen’s Award for Enterprise Promotion was formed in 2004 and looks to recognise individual people who have played an important role in promoting enterprise skills and supporting entrepreneurs. Each year, up to 10 people become recipients of the award, individuals who have been recognised by their peers as those who have voluntarily passed on their skills and experience to future generations, and actively involved themselves in the education and development of the next generation of entrepreneurs.

It is a huge honour to receive the Queen’s Award for Enterprise Promotion,” says Lopa. “I am particularly proud to have become the first Asian woman to receive this award. Encouraging diversity and entrepreneurship in the world of business is something about which I am extremely passionate.  It is my hope that this accolade will provide me with a platform to continue advocating diversity in business, as well as greater innovation of technological skills in industry”.

Lopa Patel also founded the equality and diversity think tank, Diversity UK, an organisation of which she currently sits as CEO. She is also a non-Executive Director of EMBG (Ethnic Minority Business Group) and a Trustee of educational charity Raha International. She is a Technology Ambassador for STEMNET, helping to encourage girls to take up science careers, a sector in which just 13% of the workforce are women (‘Women in scientific careers’ Parliamentary Report, 2014).

Lopa Patel’s receipt of this award comes after a considerable career spent dedicated to the promotion of skills and enterprise throughout the UK and has enabled her to build a reputation as an inspirational figure in her field. She has promoted entrepreneurship, mentored new ventures and directed the activities of business networks and support programs.