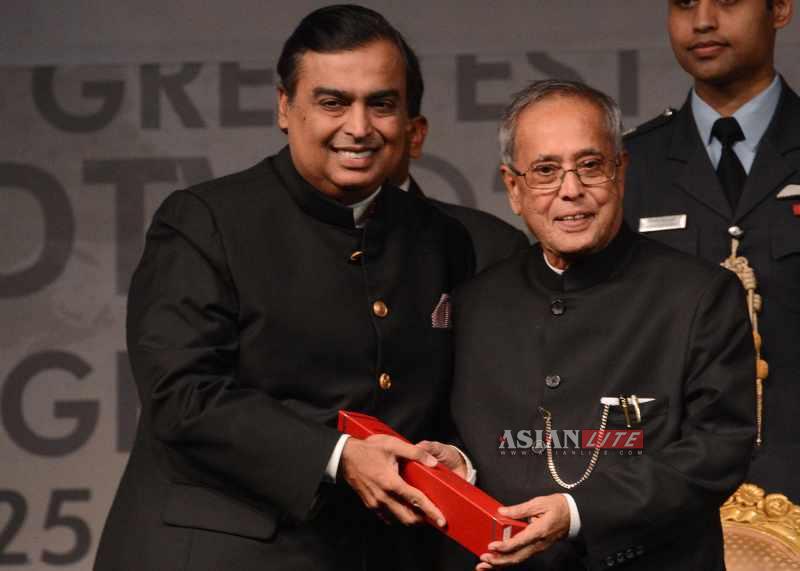 Reliance Industries will acquire a majority stake in Network18 and its subsidiary TV18.

In another development in the media industry, Shekhar Gupta is rumoured to be quitting Indian Express as editor-in-chief and is likely to join the India Today group as editorial director.

Network18 is one of India’s largest broadcasters; it operates news and entertainment channels and owns e-commerce businesses. Reliance said its board had approved a funding of 40bn rupees ($680m; £405m) for the deal. Once completed, it will be one of the biggest deals in India’s media sector.

CNN-IBN editor-in-chief Rajdeep Sardesai will proceed on long leave shortly. The buzz in the Network 18 group is that he may not return.  A high-profile TV anchor with a prominent media house is believed to be in discussions with Network 18 to join but the negotiations are stuck over the anchor’s demand for a stake in Network 18, sources in knowledge of the developments said.

This same high profile anchor is also holding parallel talks with a leading Hindi channel to head its proposed English news channel. He has reportedly been offered a sizeable stake in the proposed venture.

Reliance – a dominant player in the oil and gas sector – has been looking to diversify its business.

It won a licence to operate a nationwide 4G broadband service in 2010.

The firm said the acquisition of Network18 would help it stand out in the sector “by providing a unique amalgamation at the intersect of telecom, web and digital commerce via a suite of premier digital properties”.

Reliance said it would own a 78% stake in Network18 and 9% of TV18 after the deal was completed. It had invested an undisclosed amount in the two firms in 2012.

India’s telecom market has grown rapidly over the past few years.

Analysts said that given the vast scale of the country and its huge population, the sector is poised for further growth in the coming years.

“The broadband business, if developed right, has a very high potential of success and Reliance understands that,” said Deven Choksey, chief executive of brokerage KR Choksey Shares & Securities in Mumbai.

“The media properties of Network18 are a natural fit and have the potential to make them a differentiated content provider.”

Network18 has a significant presence in news and entertainment channels, movie production, print media and also digital–both e-commerce and content. Source in the group said, the content could be loaded on to the Reliance Jio’s 4G service and bundled as promotional package, initially and then turned into a chargeable service later.

A mail sent to RIL seeking additional comments remained unanswered at the time of going to print.

“IMT would use the funds to acquire control over NW18 and TV18 resulting in ownership of about 78 per cent in NW18 and 9 per cent in TV18 and to acquire shares tendered in the open offers,” the Reliance statement added.