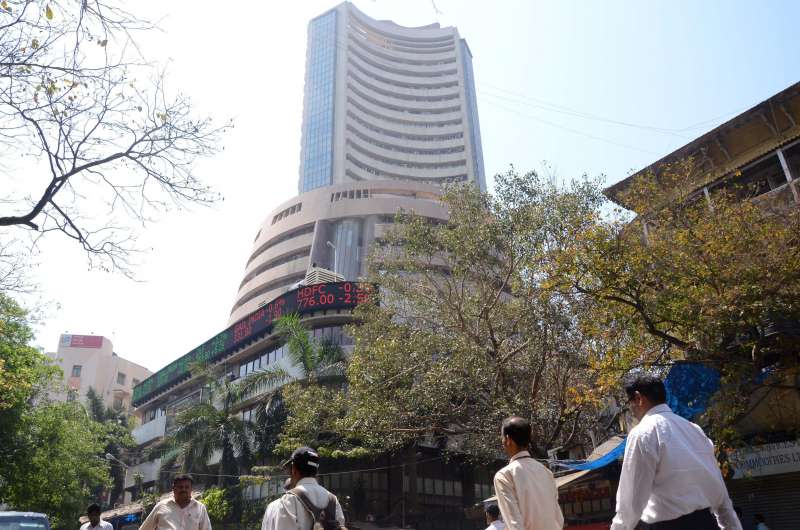 “The market closed on a flat note as Sensex was up by one percent by the end of the week,” Vaibhav Agarwal, vice president and research head at Angel Broking, told IANS.

“The market breadth indicated the overall health of the market was negative.”

According to other market watchers, key Indian indices were impacted by Brent’s sharp fall on Monday after producers’ meet concluded on April 17 without a decision on output freeze.

Besides, caution prevailed ahead of ECB’s (European Central Bank) monetary policy announcement on Thursday, which kept its policy repo rates on hold as expected.

Even, the approach towards the psychological important mark of 8,000 points on Nifty encouraged profit booking.

Meanwhile, Q1 figures of major US companies, including Alphabet, announced later in the week pushed US markets into the red, which impacted Asian and Indian indices.

“Expectations of key bills being passed in parliament, when it meets again next week ensured that prospects of value buying remained attractive, restricting price falls on Friday.”

The results season began with IT majors coming out with quarterly figures.

“Overall, the IT sector’s performance was at best in-line with the lower end of expectation band,” elaborated Pankaj Sharma, head of equities for Equirus Securities.

“Another big development was RBI (Reserve Bank of India) getting a bit relaxed on reporting norms for banks which may help at least optically if not fundamentally. This led to an increased investor interest in the banking space this week.”

The broader markets however, maintained their upward trajectory and outperformed the headline indices led by continued buying in the high beta stocks.

“Metal index was the top gainer for the week with a massive surge of five percent, followed by IT and FMCG (fast moving consumer goods) indices which witnessed partial profit booking to end in the red,” informed Nitasha Shankar, vice president for research with YES Securities.

In addition, a healthy rise in foreign funds’ inflow was witnessed during the week under review, which supported prices and countered global headwinds.

“FII’s continued to pump in money into the Indian markets. Advance and decline ratio was in favour of the bulls,” said Dhruv Desai, director and chief operating officer, Tradebulls.

Data with stock exchanges revealed that FPIs (Foreign Portfolio Investors) purchased stocks worth Rs.1,894.37 crore during the week under review.

Figures from the National Securities Depository Limited (NSDL) showed that the FPIs invested Rs.4,402.19 crore or $661.56 million in the equity and debt markets from April 18-22.