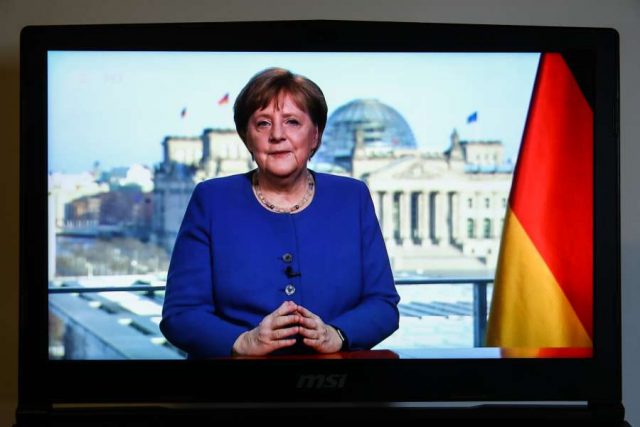 Germany has approved a massive and unprecedented financial aid package of 156 billion euro ($166.5 bn), the largest in the country since the Second World War, to offset the socio-economic damage caused by the coronavirus pandemic.

The stimulus package is designed to ease the burden on hospitals and clinics and supply financial aid to save jobs and companies that have been affected by the pandemic, reports Efe news.

“The corona pandemic is changing our whole lives,” said Olaf Scholz, Finance Minister and Vice-Chancellor, said on Monday while explaining why the government was taking “the necessary and correct” step of unveiling such an enormous economic aid package.

“We will do everything we can to prevent this crisis from endangering the health care of our citizens or the economic processes in this country.”

German authorities fear a severe recession due to the crisis, with the decline in Gross Domestic Product (GDP) expected to be “at least as high” as in 2008/2009, Minister of Economy Peter Altmeier warned while announcing a bailout fund of up to 600 billion euros for larger companies.

Chancellor Angela Merkel attended the cabinet meeting from her home office, where she has been in quarantine since Sunday after coming into contact with a doctor who tested positive for coronavirus.

“She is simply in home office, as are many other people who have had to place themselves in self-isolation at home,” Scholz told reporters.

“She is active: we had the cabinet meeting together this morning.”

The Minister added that he would speak in Merkel’s stead in the Bundestag lower house of parliament session on Wednesday.

Despite Merkel being forced into preventative isolation, Germany is “seeing signs that the exponential growth curve is flattening off slightly”, said Lothar Wieler, the head of the Robert Koch Institute, on Monday, although he cautioned that a fuller picture would only be available from Wednesday.

Wieler said he was optimistic that social distancing measures taken last week and over the weekend, including the closure of schools and bans on all public gatherings, had helped to limit the virus’s spread.

Germany has expanded curbs on social interactions to try to contain the coronavirus outbreak, banning public gatherings of more than two persons.

In a televised address, Chancellor Angela Merkel said “our own behaviour” was the “most effective way” of slowing the rate of infection, the BBC reported.

The measures included closing hair, beauty and massage studios. Other non-essential shops had already been shut.

Shortly afterwards, Merkel’s office said she would quarantine herself.

A doctor who vaccinated her on Friday against pneumococcus, a pneumonia-causing bacteria, had tested positive for coronavirus. The chancellor, 65, will be tested regularly in the next few days and work from home, her spokesman said.

Germany, Europe’s largest economy, has so far confirmed 18,610 cases and 55 deaths from Covid-19, the disease caused by the virus.

People will not be allowed to form groups of three or more in public unless they live together in the same household, or the gathering is work-related. Police will monitor and punish anyone infringing the new rules.

Restaurants will now only be allowed to open for takeaway service. All restrictions apply to every German state, and will be in place for at least the next two weeks.

“The great aim is to gain time in the fight against the virus,” said Merkel, urging citizens to keep contact outside their own household to an absolute minimum and to ensure a distance of at least 1.5m (5ft) from another person when in public.