In a significant ruling, the National Company Law Tribunal (NCLT) on Monday upheld the October 24, 2016 decision of the Tata Sons Board of Directors dismissing its then Chairman Cyrus Mistry, which Mistry’s office termed as “disappointing” hinting that they would approach the higher tribunal… reports Asian Lite News

“The judgement has only re-affirmed and vindicated that Tata Sons and its operating companies have always acted in a fair manner and in the best interest of its stakeholders. The Tata Group has always been committed and will continue to be committed to transparency and good corporate governance of global standards,” said Tata Sons Chairman N. Chandrasekaran in a statement.

“Tata Sons hopes that a finality will be given to the judgement of NCLT, Mumbai by all concerned in the larger interest of companies, the shareholders and the public,” Chandrasekaran added.

But a finality is unlikely immediately. “The ruling of the National Company Law Tribunal is disappointing although not surprising. We will continue to strive for ensuring good governance and protection of interests of minority shareholders and all stakeholders in Tata Sons from the wilful brute rule of the majority,” office of Cyrus Mistry said in a statement.

The NCLT ruled that the Tata Sons board of directors was competent to remove the executive Chairman and that Mistry was ejected as the board members had lost confidence in him.

Rejecting Mistry’s plea to reinstate him on the Board of Tata Sons, the NCLT pointed out that he (Mistry) had openly gone against the Board, and hence against the company.

The much-awaited verdict of NCLT Mumbai by a Special Bench comprising B.S.V Prakash Kumar and V. Nallasenapathy came in a petition filed by Mistry after he was abruptly ousted as the Tata Sons Chairman, creating an upheaval in the Indian corporate world.

Mistry later quit from the board of six other Tata Group companies but challenged the Group and his successor, the former Interim Chairman Ratan Tata’s decisions, before the NCLT.

The petitioners, Cyrus Investments Pvt. Ltd and Sterling Investments Group of the Shapoorji Pallonji Group had filed the plea against the Tata Sons directors and trustees of Tata Trusts, alleging among other things, abuse of articles of association by outsiders, breakdown of governance and loss of ethical values.

“The ruling is in line with the earlier position expressed by the Tribunal. An appeal on merits will be pursued. Matters like TTSL, Air Asia, recovery of dues from Siva, non-closure of a loss-making Nano, a struggling resolution of Tata Steel Europe, all present serious issues that will be pursued. Not only the facts that were under consideration but also subsequent facts and developments that continue to evidence oppression and mismanagement will be under scrutiny and will be pursued in full earnest,” the official statement from Mistry’s office said.

“Ours has always been a principled fight to restore the Tata Group to its glorious days of high standards, best practices and most importantly, the best value systems. In this journey, no matter how hard it may seem, as shareholders who have always supported the Tata Group, it remains our duty to protect the Tata Group from those were destroying value and making the Group vulnerable to external forces,” it added. 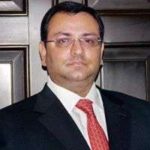 Official sources indicated on Monday that Mistry is likely to challenge the NCLT verdict before the National Company Law Appellate Tribunal, New Delhi.

They further contended that Mistry was sacked as Chairman and later as Tata Sons director as a result of “oppression by promoters who are in turn owned by Tata Trusts that owns over 68 per cent in Tata Sons”.

Alleging “massive revenue losses” for the Group owing to the alleged mismanagement by Tata Sons board and Ratan Tata, the petition sought to point out Ratan Tata’s relationship with C. Sivasankaran and his companies, which resulted in providing them with ex-gratia favours’ without any ‘quid pro quo’ for the Tata shareholders or their group companies. It had also sought a forensic audit into such dealings.

Accusing trustees of Tata Trusts — Ratan Tata and Lord Kumar Bhattacharya — of regularly reviewing the operations of various Tata Group companies though not being directors in any, the petition claimed violation of Insider Trading Rules by giving them access to price sensitive information.

A similar demand was made for forensic audit into the alleged fraudulent transactions of Rs 22 crore between Deloitte Haskins & Co, with Air Asia India with non-existent parties in India and Singapore.

Contending another example of oppression by Mistry, the petition claimed that during the course of the NCLT hearing, the Tata Sons board sought to convert it into a private company.

However, the NCLT dismissed all the allegations and rejected Mistry’s plea to reinstate him on the Tata Sons Board.

Arguing for the Tata Group, its counsel Abhishek Manu Singhvi told the NCLT that Mistry was appointed at the behest of Tata Trusts and his removal cannot be questioned by minority shareholders and he was removed as per provisions of the law by seven out of nine directors in which Mistry did not vote for his removal and one director abstained.

Singhvi argued that Mistry was removed because the Tata Sons Board had lost confidence in him, as he had intentionally and in bad faith, “leaked sensitive and confidential information” which eroded Tata Group’s market value.