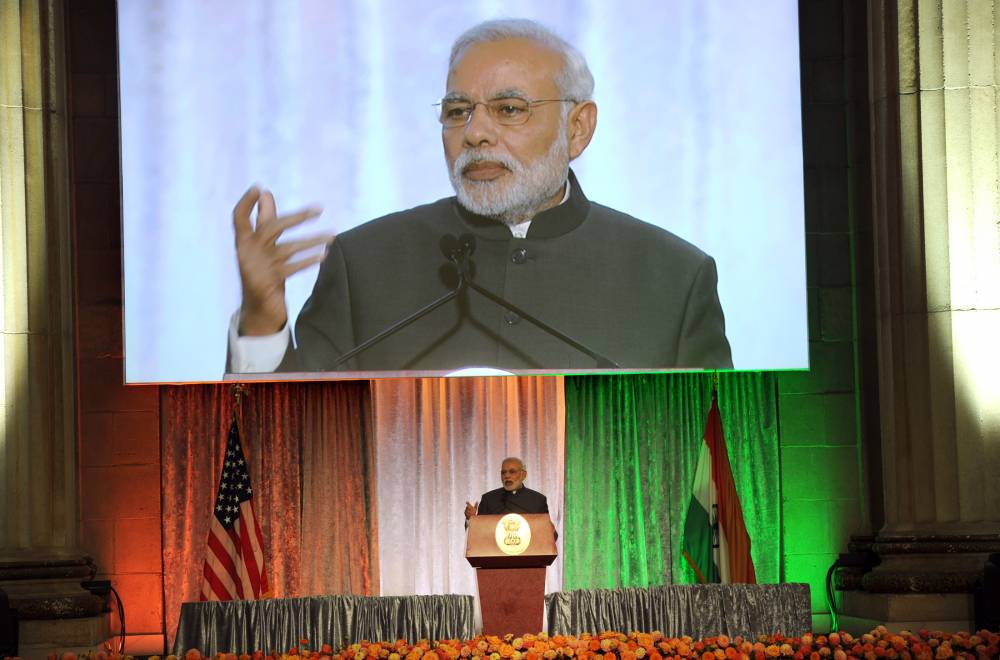 Prime Minister Narendra Modi’s “extremely successful” US visit, especially his meeting with top business leaders there, has seen a US-India business body committing to $42 billion investment in India with many lauding the “Gujarat model” of development.

In a survey following Modi’s five-day visit, the US-India Business Council (USIBC), in a survey, found that $42 billion was willing to be committed over the next two-three years for investment by just 20 percent of the members surveyed, said government sources Saturday.

If the rest of the USIBC members and the top US businesses had been surveyed, the figure would have exceeded $100 billion, the official added.

There was a “very positive” investor sentiment among the businesspersons in the US “based on the experience in Gujarat”, said the source.

What added to the investor confidence was Prime Minister Modi being very conversant with the “nuts and bolts” of business during his interactions with the top CEOs of global firms like Google, Boeing, Black Rock and Pepsico.

Modi’s position as being the head of a majority government, without being hobbled by the pulls and pressures of allies, also added to the confidence levels.

The prime minister conveyed with great clarity on assurances of his government of removing red tape and of making the business environment easy, which also helped, the sources added.

The US business leaders did raise the issue of taxes and the issue of “ease of doing business” in India repeatedly, said the official source.

But following talks with the prime minister, the US businesspersons were “all very positively inclined and committed to raising the investment portfolio in India”, the source added.

This is a major initiative for increasing FDI and FII flows from US, the leading source of FDI and FII in the world, to India.

The Indo-US Investment Initiative is to be led by the India’s finance ministryand the US Department of Treasury. It is to focus on raising investment by institutional investors and corporate entities primarily by facilitating individual investment proposals and projects.

Under the initiative, the finance ministry will set up a single-point problem resolution and facilitation arrangement for ensuring that prospective investments do not face unnecessary hurdles and actually materialize. It will have a particular focus on capital market development and financing of infrastructure.

An Infrastructure Collaboration Platform is also being set up between the finance ministry and the US Department of Commerce to enhance participation of US companies in infrastructure projects in India.