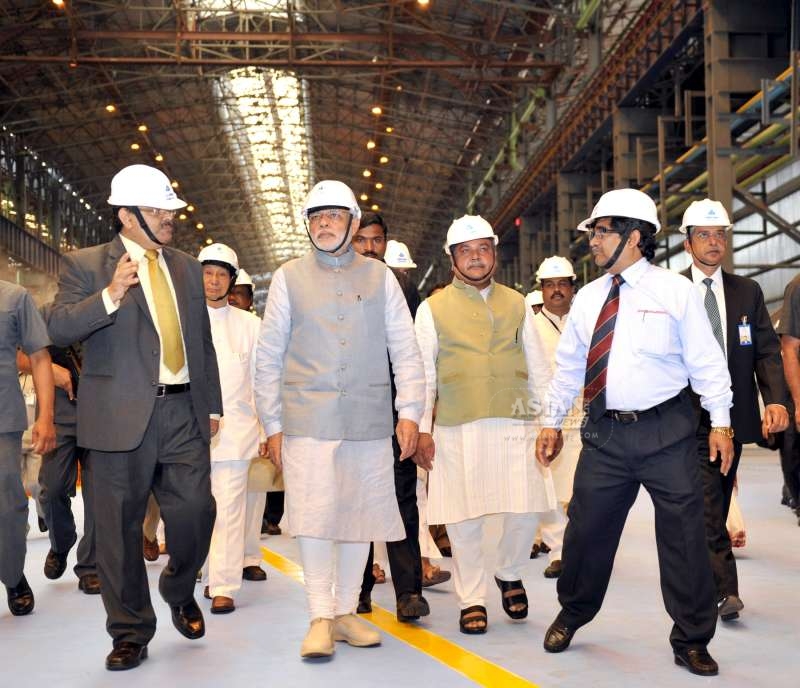 Sidney Frank, Canada’s Consul General in Bengaluru, said that the Foreign Investment Promotion and Protection Agreement (FIPPA) and the Comprehensive Economic Partnership Agreement (CEPA) will have a huge impact and will facilitate much higher levels of trade in terms of both investment and actual product trade.

“When both (agreements) are put into place, they should make a huge difference in terms of level of trade and investment between the two countries,” Frank said in an interview here.

The diplomat, responsible for Canada’s relations with southern India, was leading a business delegation on a visit to Telangana and Andhra Pradesh.

India and Canada were close to signing the FIPPA in 2013 and had hoped to conclude CEPA the same year.
“There was some disappointment on FIPPA. Now that there is a new government, they are looking at a new template for bilateral investment.

“We are very confident that we will have a good working relationship with the current government,” he said, and noted that talks had re-started on CEPA.

Bilateral trade between India and Canada in 2014 totalled 6.3 billion Canadian dollars, a growth of nine percent over the previous year. But the two countries did not reach the target of 15 billion dollars by 2015.

“We didn’t make it. But we are much hopeful now,” said the consul general, who hopes that Modi’s visit will give the necessary boost and it would lead to timelines for finalizing the agreements.

Frank, who was earlier the Minister (Immigration) and South Asia regional director at the Canadian high commission in New Delhi, expects many agreements and announcements during Modi’s April 14-16 visit to Canada.

“It’s the first bilateral visit by an Indian prime minister to Canada since 1973,” he said.

In 2010, then prime minister Manmohan Singh visited Canada but that was in the context of a G20 meeting.

“We have a strong relationship with Prime Minister Modi. It goes back to when he was the chief minister of Gujarat. We have been the partner country for many Vibrant Gujarat events,” he said.

“We have longstanding relationship with India. We have 1.2 million people of Indian origin playing a key role in Canada’s economic, social and cultural development,” he noted.

Frank attended a workshop on smart cities where 16 Canadian companies shared their experiences with officials of Telangana and Andhra Pradesh.

The diplomat believes that Canada can offer its expertise in development of smart cities in the two new states and in the rest of India.

About 600 Canadian companies have their presence in India in infrastructure, biotechnology, engineering, communication, energy as well as solid waste management.

The Canadian Pension Fund, keen to invest in infrastructure projects, plans to open an office in India within a year.

“Canada is also an expert in public-private partnership. We think India could learn from our experience.”

Canada has a large consulate in southern India because of the opportunities they see in the region, the diplomat said.